Hello and welcome to Dani fro  Eco footprint South Africa and easy Stitcher on the follower bar and another follower on Blog lovin. I can't work out who you are.

This post will be of a lighter nature than the previous ones. and quite right too you might say. I think I might resurrect the subject of Child Labour another day when I'm up to it!.

We had most of this week planned but, as ever, it was not to be.
The central heating broke down. (pump ) The house is on total disarray while carpets have been rolled back and floor board lifted to get to the blasted thing. While doing this D. thought it was time that he replaced the three way valve that had been "iffy" for some time. All this has entailed me running from sewing room to cellar to corridor and back again.shouting "YES" or "NO" to questions and pushing buttons on request. Such Larks! Anyway all fixed now. I guess the most difficult bit was getting the parts, but D. ever-inventive sorted that out.
We were offered two lots ( and I mean lots) of logs between a foot and six foot long and very thick, which we have collected in the rain and the dark as they had to be taken that day. Thank goodness for our trusty Berlingo. We were then told that there were some chippings for us if we took them away within three hours ( Berlingo and trailer this time) The trailer, which is not small was filled and two tonne bags of chippings were strapped on top of those.
The chippings are for the "Bee garden" at the bottom of the front garden, which we are making easier to maintain and access. Winter is the perfect time to do this when the bees aren't active. Mind you they have been flying in between the showers as it is not particularly cold and there is quite a lot of ivy flower around.
It has been a good apple year for us this year, with the exception of the Russett. The Jonogold in particular has given a huge crop of very large eating apples. 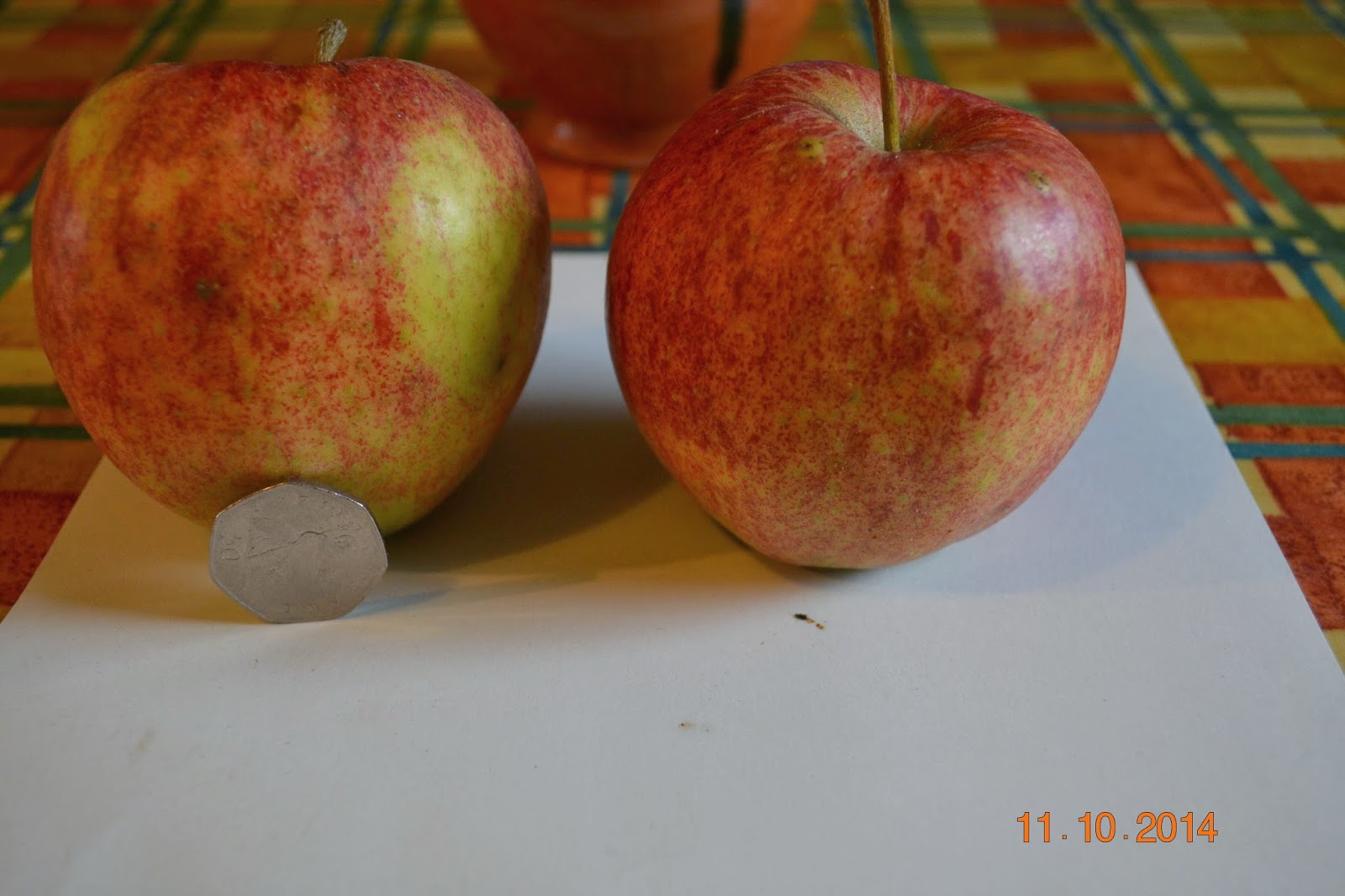 I have been looking at recipes for baked apples which don't involve dried fruits as half the family don't like raisins etc. Next time they are all here I shall bake some with dried fruit and some with ...Rolos!! Good idea eh? not mine. I googled it. If you have a favourite recipe for baked apples ( I will bake them in pastry) please share.
Here is the crop from our oldest tree, which is proably 15 years old 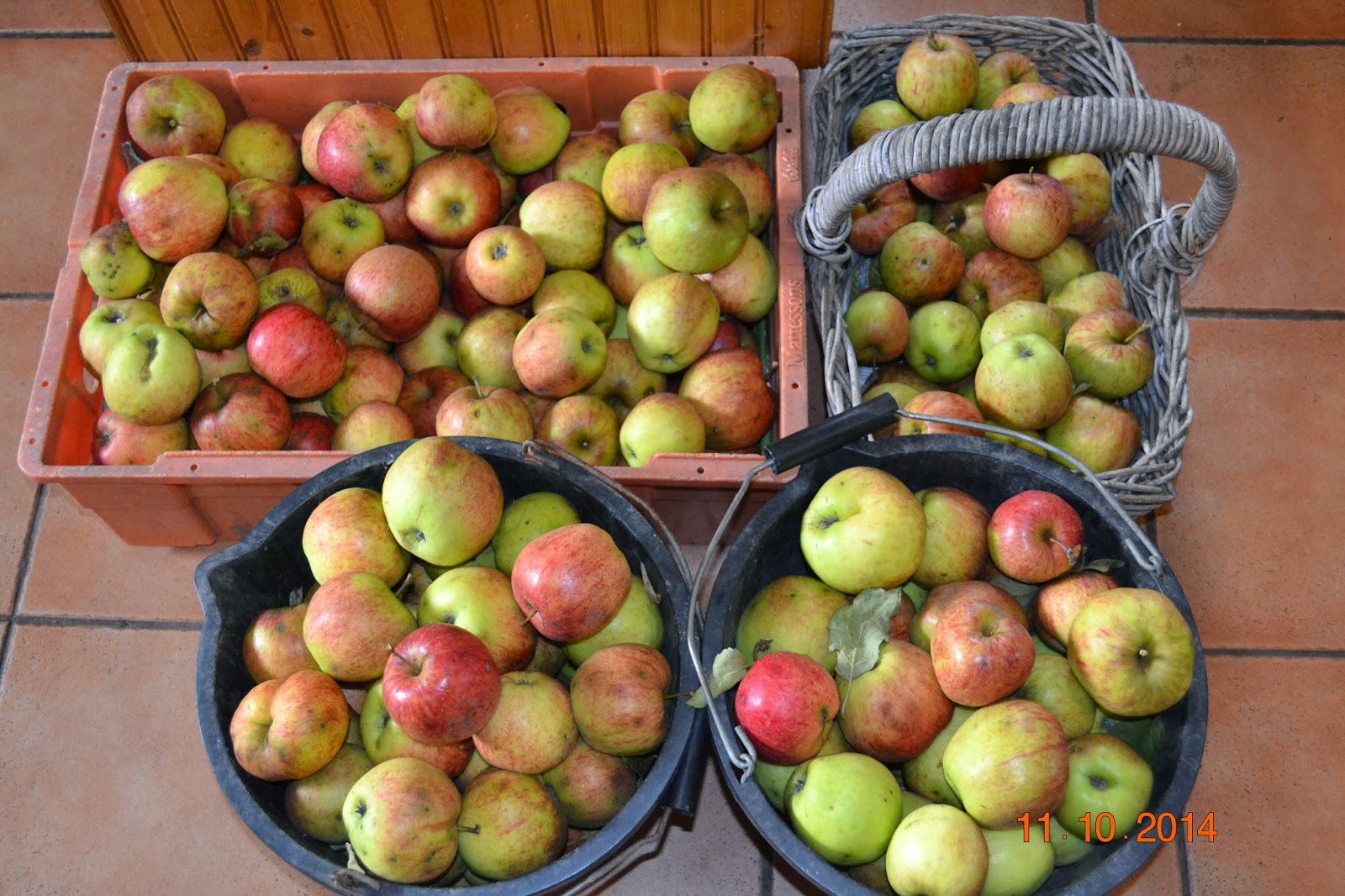 I bucket of wormy ones had already been given to the chickens.
And here is the crop from the youngest tree (5 years), minus half a bucket still to be picked. 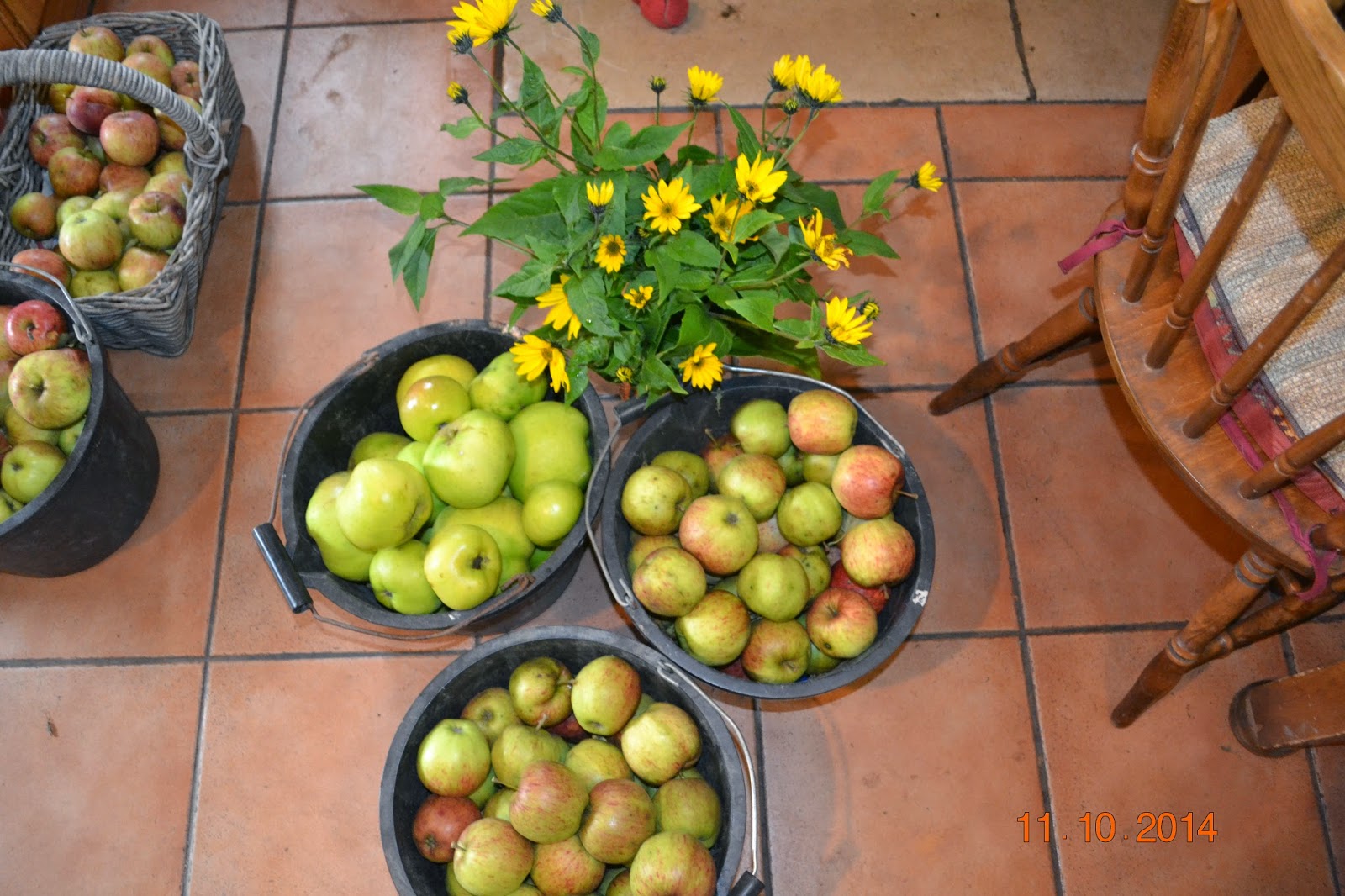 The green apples to the left are Bramleys.  I also put a vase of flowers there for you to see. These are the flowers of Jerusalem Artichoke. The stems were over ten foot high with these little beauties right at the top. You can see they are  sunflower family.

As mentioned before we are still getting lots of veggies from the garden
Here is our evening meal on Monday. 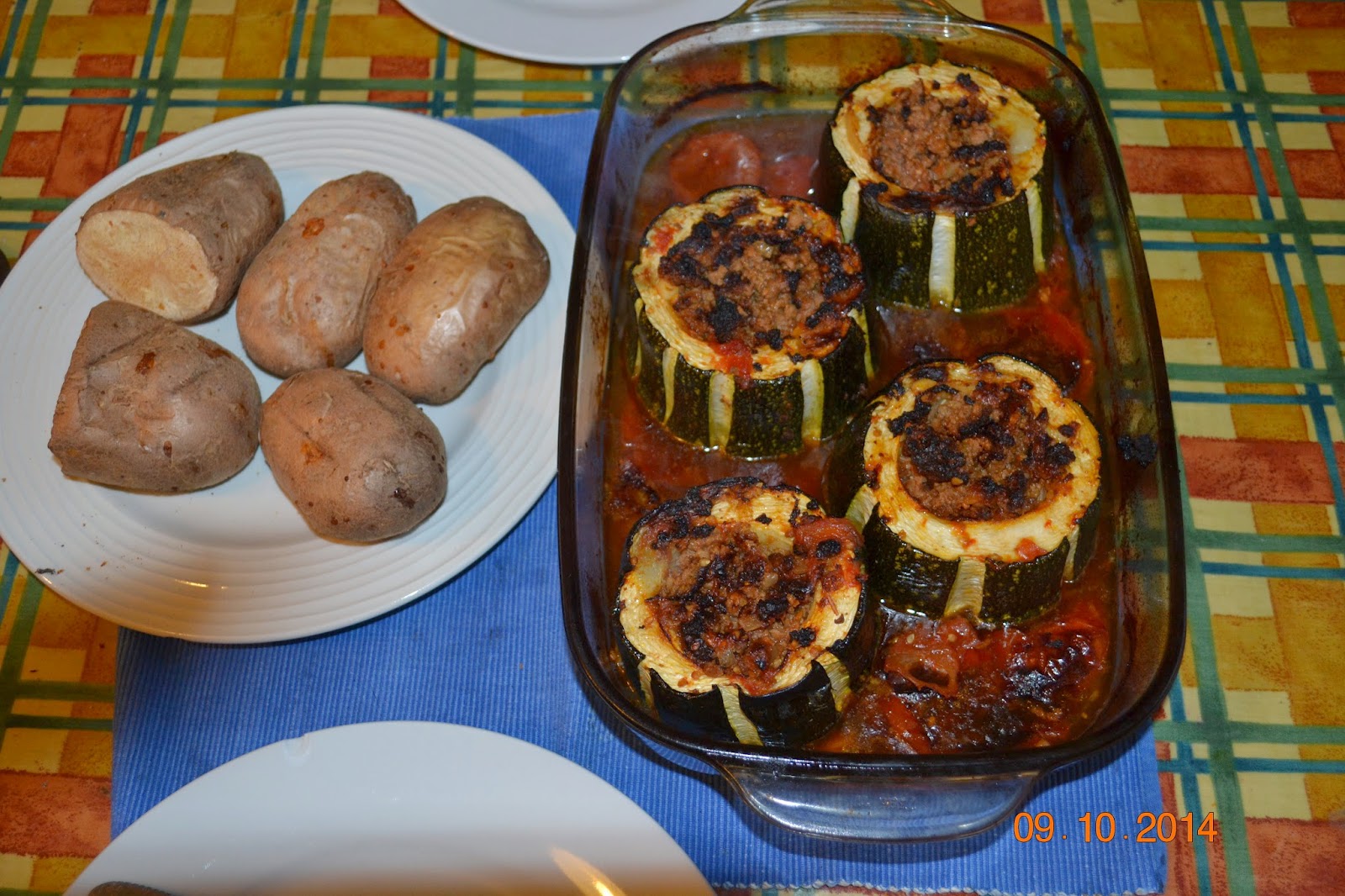 Stuffed marrow on a bed of vegetables and tomatoes with jacket potatoes. I used a little minced lamb with the stuffing of minced onion, squash, carrot and bread.
Last night we had jacket pots again  with a ratatouille thingy, roasted Crown Prince Squash and grated cheese. ( I didn't grow the cheese)
Well that's enough bragging for now.
Off to barrow and spread munchings.
Gillx
Posted by Frugal in Derbyshire at 13:38