Hello Folks!
I have been  having problems with Google over the last couple of days. YD has helped me (again)and  even had to re-install it at one time. I have struggled to perform some functions (?!) but I think all is well now. If I have deleted you or not answered you, I apologise, but I am now back to "normal".
I offered my recipe for Preserved lemons. Weaver says that Tesco often have unwaxed lemons( as do Lidl) so here is my recipe -   PRESERVED LEMONS -
Ingredients
To each 500ml jar -
10 unwaxed Lemons
Salt
3 bay leaves
20 Whole Peppercorns
1 tablesspoon Coriander seeds
half a dozen cloves
Method
Cut 5 lemons into 8 lengthways and remove the pips
Squeeze the other lemons and reserve the juice.
In a sterilised jar -
Layer the lemons with the spices and salt (about a tablespoon of salt per layer) until there is about an inch of space at the top of the jar.
Push a couple of bay leaves down the side of the jar
Fill the jar with the lemon juice
Keep for at least a month under the stairs. ( I am using lemons 3 years after preserving them)

Had a bit of a baking day yesterday. It started because a friend had done a spot of welding for us and asked for a carrot cake as payment! Apart from 2 carrot cakes I made a tray of Christmas pudding slice with a spare Christmas pudding we were given, two cheese, potato and bacon pies, a couple of quiche cases and an apple sponge pudding.
We have now acquired most of the seeds we need for this year. Just have to get our potato seed now. For the last couple of years we have been planting Sarpo potatoes. These are suppose to be blight-resistant and this has been our experience so far. here is a photograph I took in 2012 when we had a bad blight year.To the fore you can see  Pentland ? potatoes affected by blight and to the rear are the Sarpo Miras, not affected. 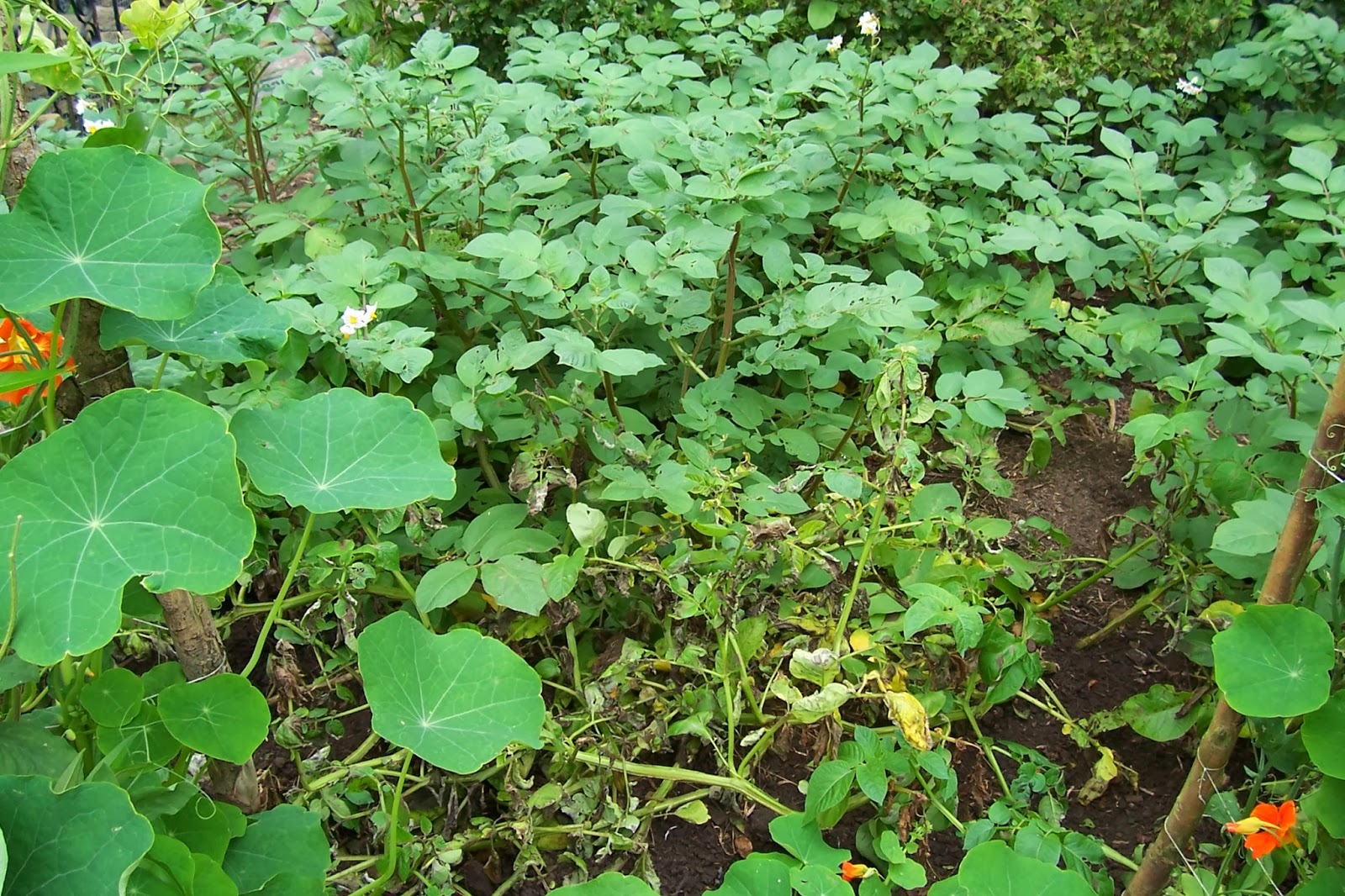 I still haven't finished my mending pile. I think D. is deliberately throwing himself at nails and tugging at buttons!
Yesterday I mended three sweat tops, replaced several buttons, sewed up several seams and inserted a (reclaimed) zip. One more zip to go and the pile is finished.
I have undone the slippers I was knitting as they were clearly not going to be big enough. I shall have to start again.
We are still researching log burners to replace the open fire. we are not into much of a rush as we estimate that we will need a good couple of weeks to do the job, because we have to remodel the fireplace and insert the back boiler. We cannot be without the fire in the winter so will not start to replace until the spring at the earliest.
Ken at "An English Homestead" is researching planting trees for fuel. We have a row of willows we planted a few years ago. They make good burning, as well as basketry, garden structures and animal food. With the price of electricity and gas going up and up we have decided that we will grow more willows. I cut some whips last back end and I will be pushing these in as soon as the ground dries up a bit (not too dry) I also have some Ash whips to plant, which, as you know, burns green as well as brown.
Here is most of my current willow row. 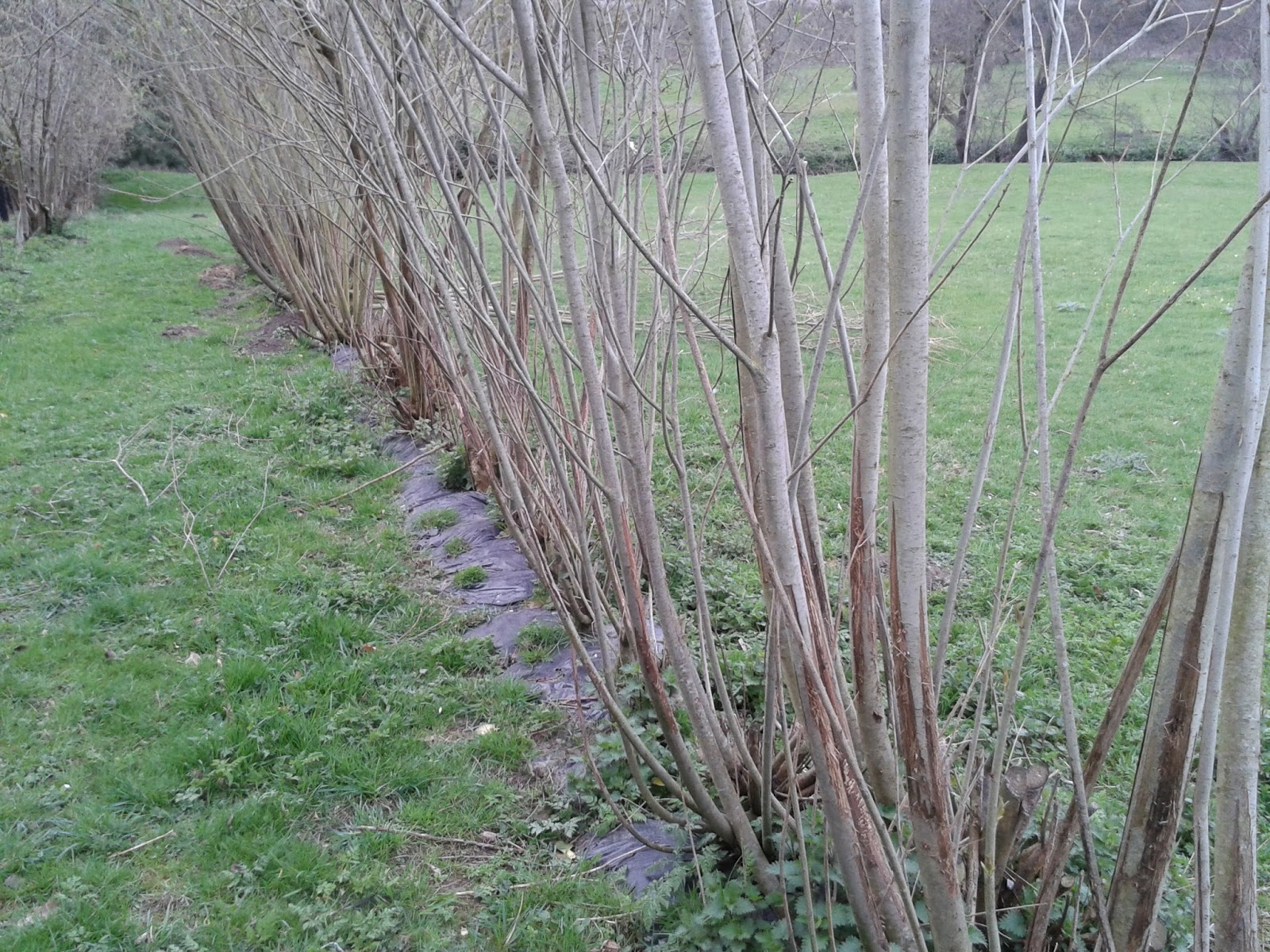 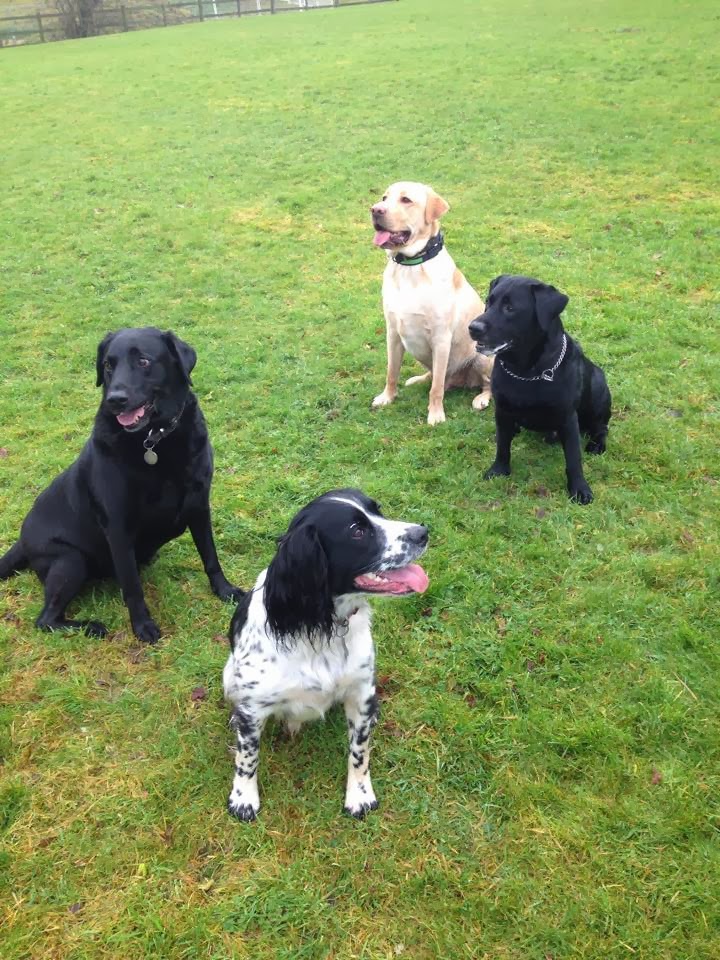 Back Soon with another random blog dear frugellers
Gillx


Posted by Frugal in Derbyshire at 10:41