Along with Cro and Sue I'm posting summer pictures to cheer myself up (and maybe you) Actually the first photo is nearer to a spring picture as it is of last year's lambs outside the orchard. You can tell it is spring to summer as the hens are shut in the orchard, so that they cannot dig up, peck at and generally ruin the vegetables in the gardens. 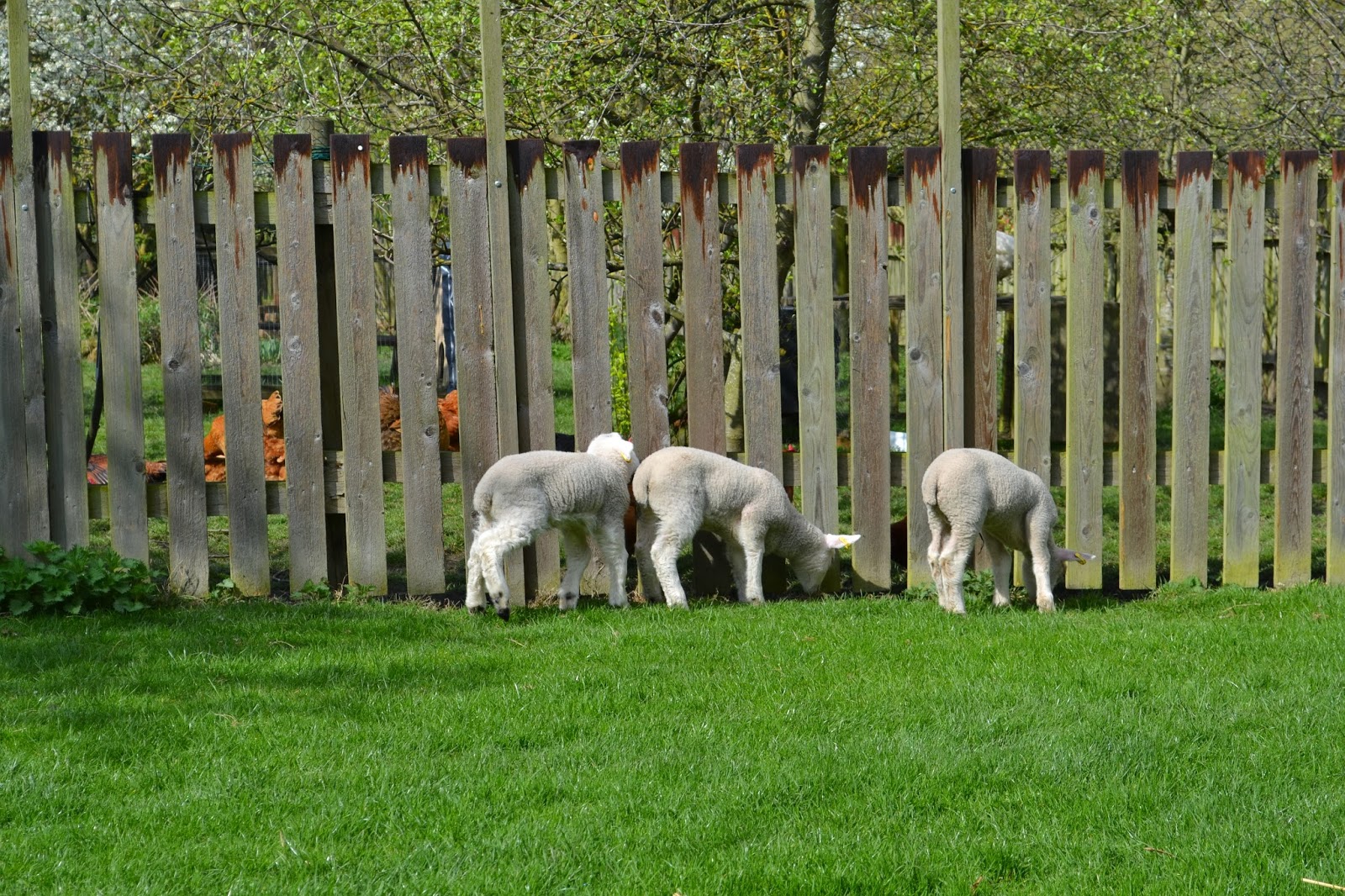 It's seed time. Don't you just love it!
Have finally got some Shirley seed. I bought them from Simply Seeds and they were by far the cheapest. As a bonus, it says that there are 10 seeds to the packet and so far there has been 12 to each packet!
I realise that I have no sweet pea seed ( I was sure I had) so I shall be off to Wilkos soon for their Giant Waved SPs. They have a buy two and get one free offer too. I have saved our own Broad Bean seed which I will start planting over the next few days. I used to plant them over winter, but found that the plants weren't as sturdy as I would like come spring, which of course might have been the way I planted them, who knows?!
The snap dragon seed are in, the variety I have sown should make good cut flowers.

Food wise we are still doing well eating from the freezer. Last night we had pollack (caught last year) in breadcrumbs made from two rather stale HM cobs. I made some HM chips and mushy peas from our own dried peas (rather proud of this). I had saved a small portion of the white sauce from thursday's cheese pie and added some frozen parsley to it to complete the meal.
Went with D. to Sainsburys yesterday for some stewing beef for a pie tomorrow. There was quite a lot of yellow sticker meat, so we bought a joint of belly pork, which I will roast next week. I think I might cut some of the fat out to go into a rabbit loaf (rabbit can be dry). We also bought a nice little ham joint which I put in the slow cooker for a ham and pea soup OR ham potato and cabbage casserole. I haven't decided.
Adam will be here tonight so I have made a chicken (cockerel) pie, which he loves. As he is watching his weight I will serve it with lots of vegetables and no potatoes.

I'm not doing too well with the sewing projects at the moment and really do need to get my a*** in gear. I was reading Mean Queen's blog earlier and she was talking about the scrap rug she is making. When I was young I only ever remember rugs being made this way. We would sit at the kitchen table pegging a rug and discussing the memories inspired by each piece of fabric. MQ stated that she thought she might have some time on the rug, which reminded me of my dad saying to my mother "Do you fancy half an hour on the rug love?" (wink wink) I never caught on for many years!

This wouldn't be an English blog without some mention of the weather. Our favourite subject. However, I reckon everybody has something to say about it at the moment. As it seems across the blogging world that I inhabit we are either in drought or flood, high temperatures or Arctic Blast.
Here in GB we have rain (really? in GB? surely not!). When feeding the chickens this morning I noticed that the river was up a bit and I thought I would take a picture to correspond to the pic I had chosen to put on today's blog of the field in summer. I came up to the house to load the pics and the phone rang " Hello, is that Gill ? It's Radio Derby here" So I'm thinking is this about Civic Society stuff or Frugal Stuff. ? " I wonder if you can tell us how the flooding is affecting you?" It transpires that the Environment Agency has put out an alert for our little part of the River. I emailed him the pic and promised to contact friends who lived downstream at another  part of the river that the alert had actually mentioned. So after checking with them, I emailed their phone number. Reporters still keep ringing from Radio and television. But it doesn't matter who asks, I can't make the river flood any more than it is doing ( It has been MUCH worse in the past). We are told that there is more rain to come tonight, which might make a difference.
Here is the field today 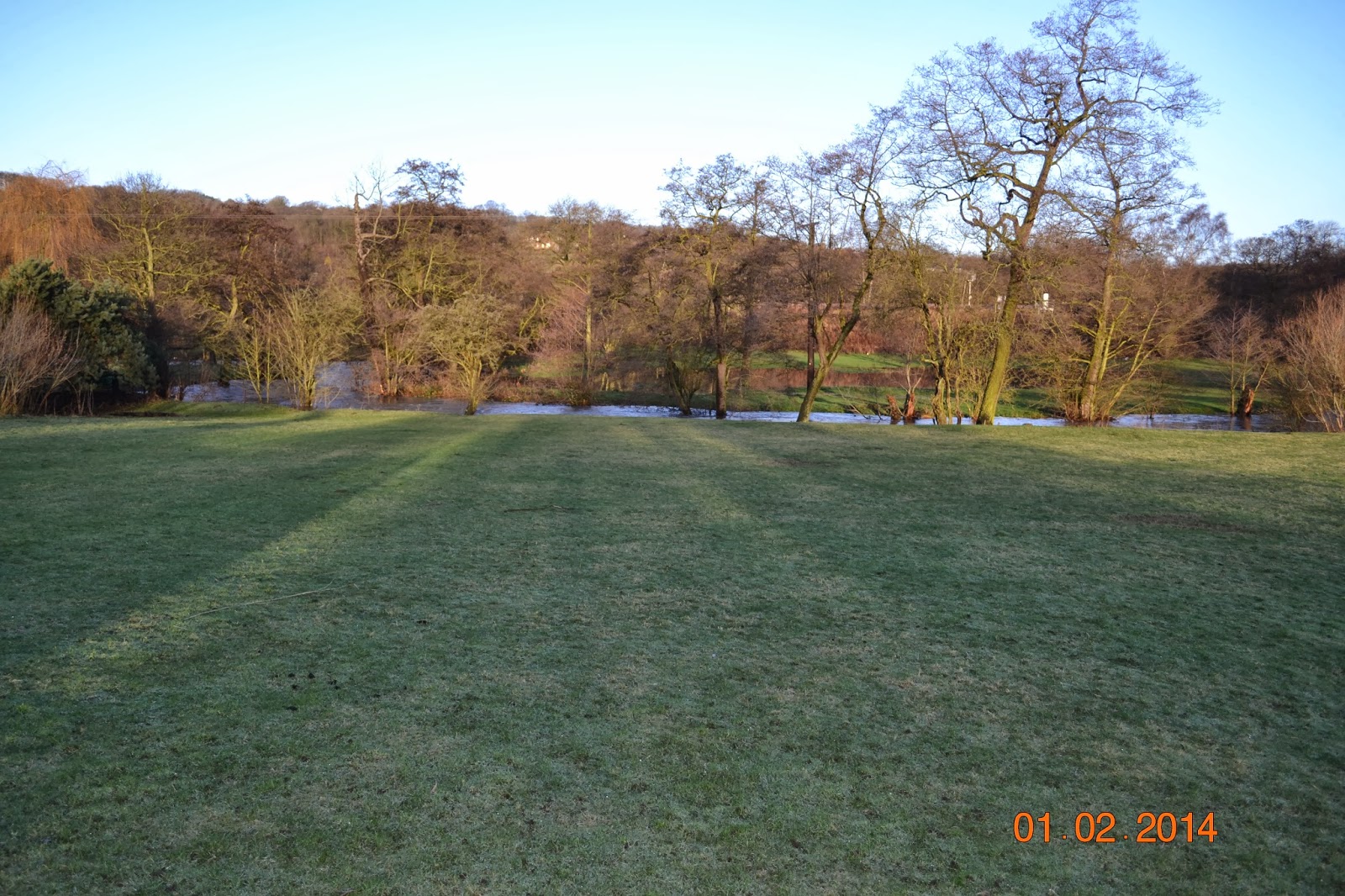 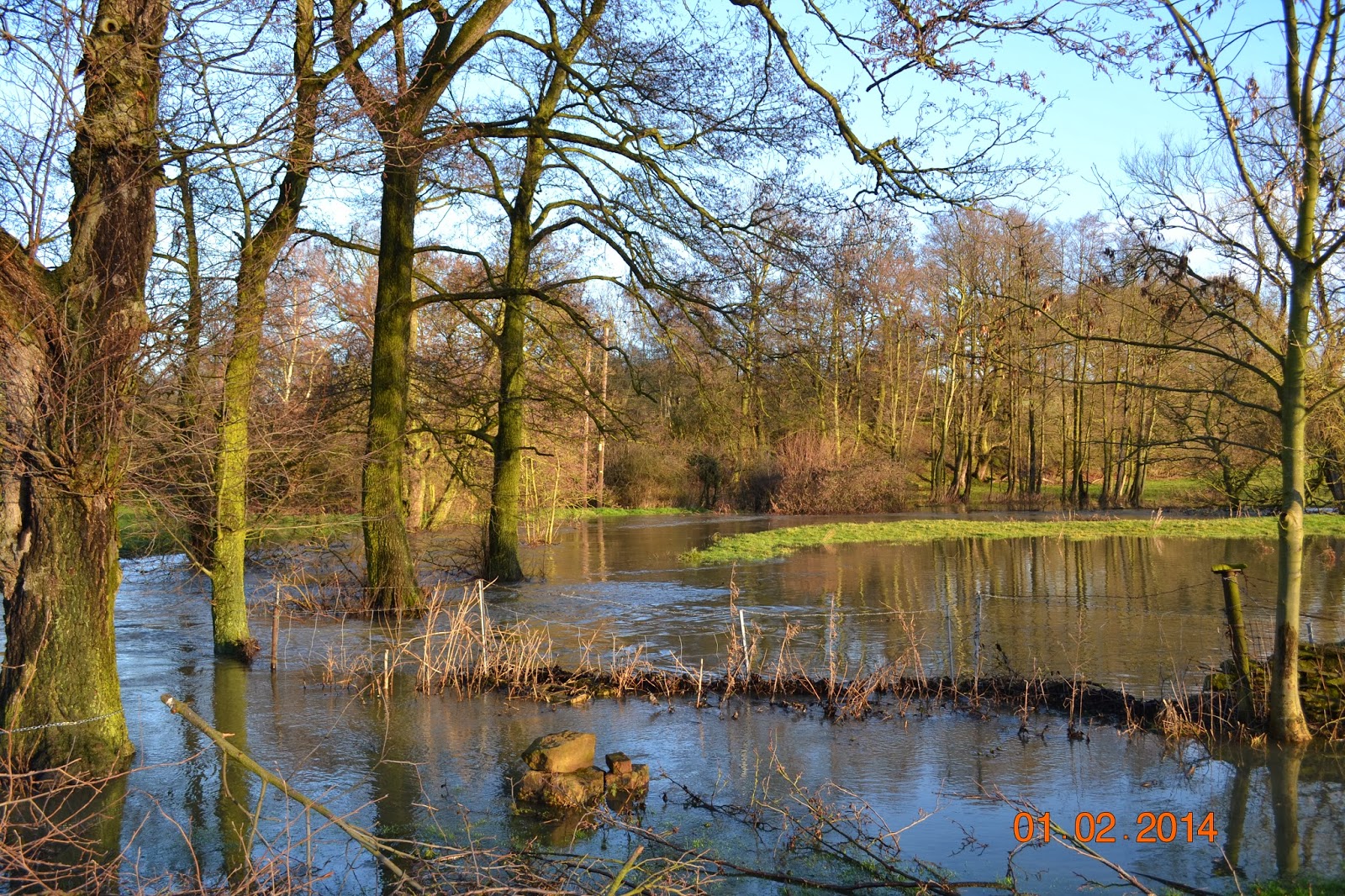 The second pic is taken to the right of the first.
And here is the field early last summer from a similar place to the first picture. 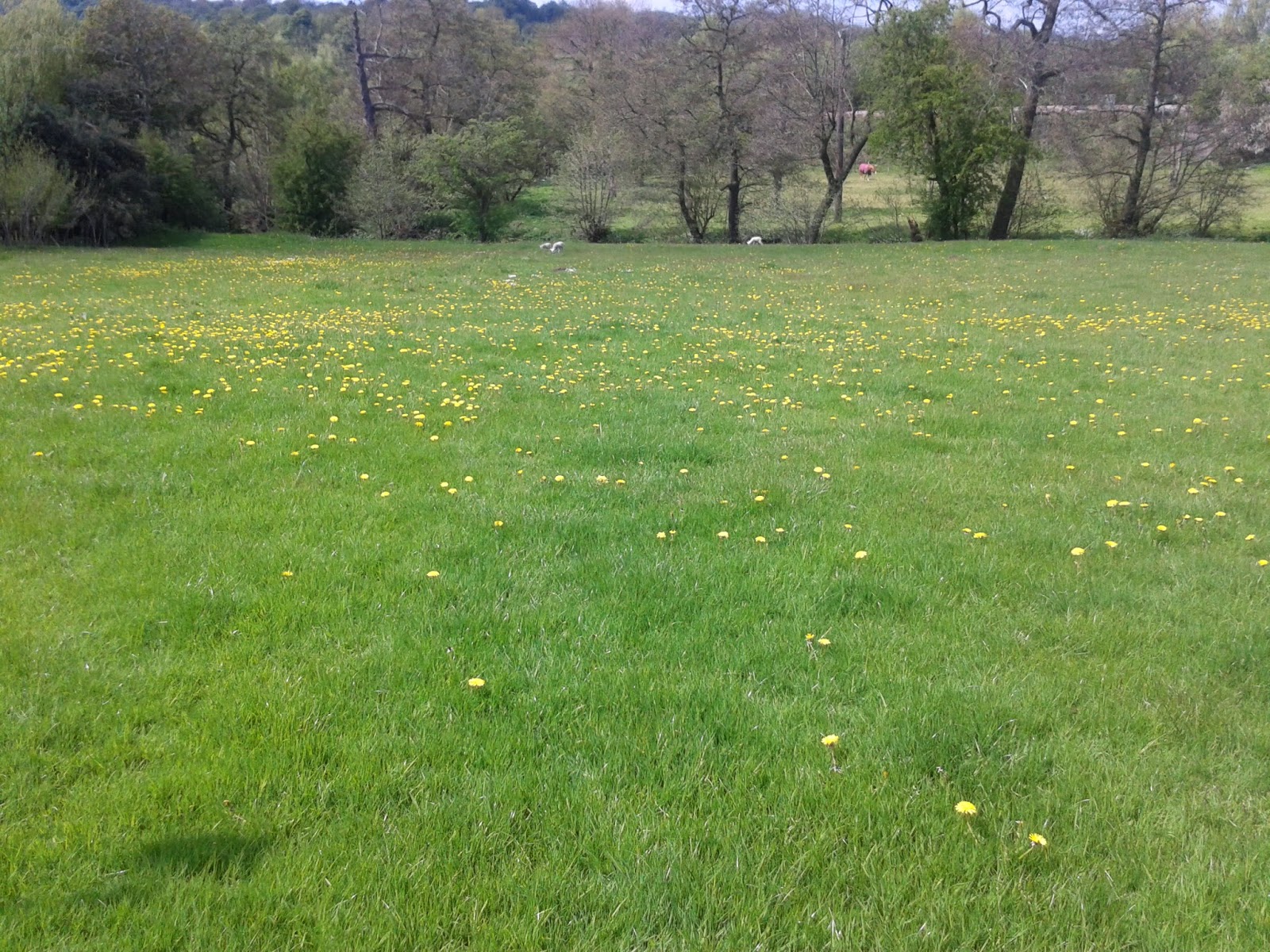 I think that is all for today as I need to put the chickens to bed before we go for Adam.
Before I go I must wish The Vintage Kitten and Leigh from 5 acres and a  Dream a very warm welcome to my side bar as followers and to Phyllis on Blog Lovin   I'm so pleased that you have found something of interest here.
Until next time
Gillx


Posted by Frugal in Derbyshire at 15:45