Hello All
Firstly Hello to Liz Allsop. Really good to see you over on my sidebar.

The wind and rain woke me up in the middle of the night and I expected the river to be over its banks this morning, but so far so good, it is just high. More to come though I believe. Whatever happens our house will not flood as it is a steepish field away from the river, with much lower land either side of us. Our next door neighbour has had to bring has sheep up from his bottom field as it is waterlogged. Non of this compares with those poor folks down south.

I put a picture of our stand of willows on my last post. Many people, like us have been considering growing for fuel as the price of  fuel rises. I found my original paperwork from when I bought my willow whips back in 2003, which may be of interest.
At the time I was buying with basketry and garden features in mind, so was looking for different colours and  lengths. The types I bought were -
Salix Daphnoides  (Helen's Red)
Salix Purpurea  (Holland)
Salix Purpurea  (Dark Dicks)
Salix Alba x Fragilis  (Flanders Red)
Salix Triandra (White Newkind)
Salix Viminalis (Longifolia)
These were bought as cuttings from West Wales Willows. (I don't know if they are still in business)
Over the years these trees have provided a rich source of animal food for goats, sheep and rabbits. I have made bean poles, pyramids and hoops for my netting (which nearly always root over the summer!).
We have taken the branches when they have been at the size for whatever we need them for and occasionally we would pollard every other tree. Some we have left to grow thick enough for fuel.
We are about to plant some more trees. When we were tidying up the line last back-end I cut some foot long lengths from branches about finger width and have put them into a box of soil. I will stick them in the earth by March where we want them to grow. I will surround the area with some sort of weed cover too.

Weaver asked for an explanation re. the Christmas Pudding Slice that I made last week. I posted about it after Christmas 2012 too. In brief, Make some sweet pastry, Line a tray with half, then place sliced, cooked Christmas Pudding on top of this and cover with the second half of the pastry. If wanted you can "glue" the slices together with honey or jam. Sprinkle the top with a little sugar, prick with a fork and cook @180 for about twenty five minutes. When cool cut into whatever size pieces you prefer. 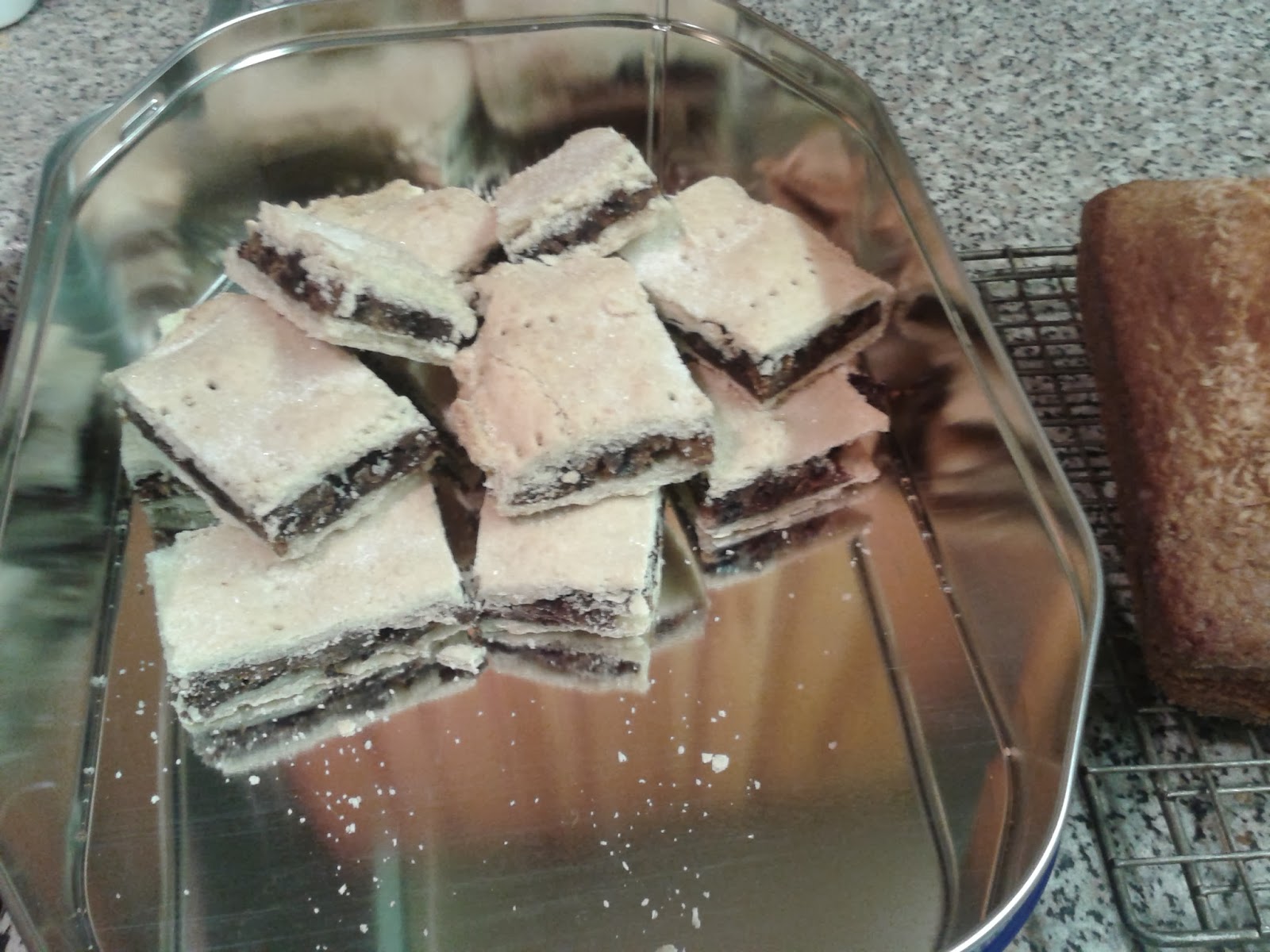 I didn't take a picture this year, but will use the one from last year!

I finally manged to buy the sweet pea seed. I was going to buy them from Wilkos but never went that way, so last night I bought three packets from Lidl. The price was 29p per packet, which promised 10 plants from the seed. I put some kitchen roll on a tray, moistened it and set about placing the sweet pea seed on the paper to get them started. Each packet had over thirty seeds in, which is going to work out at a penny a plant. Bargain!
Another bargain bought yesterday was this shoe polish from the petrol station. We always buy leather shoes and look after them, which is why we often wear shoes and boots that are 10 years old. I  have no idea why they are selling these tins cheaply, surely they don't "Go off" if they are not opened. 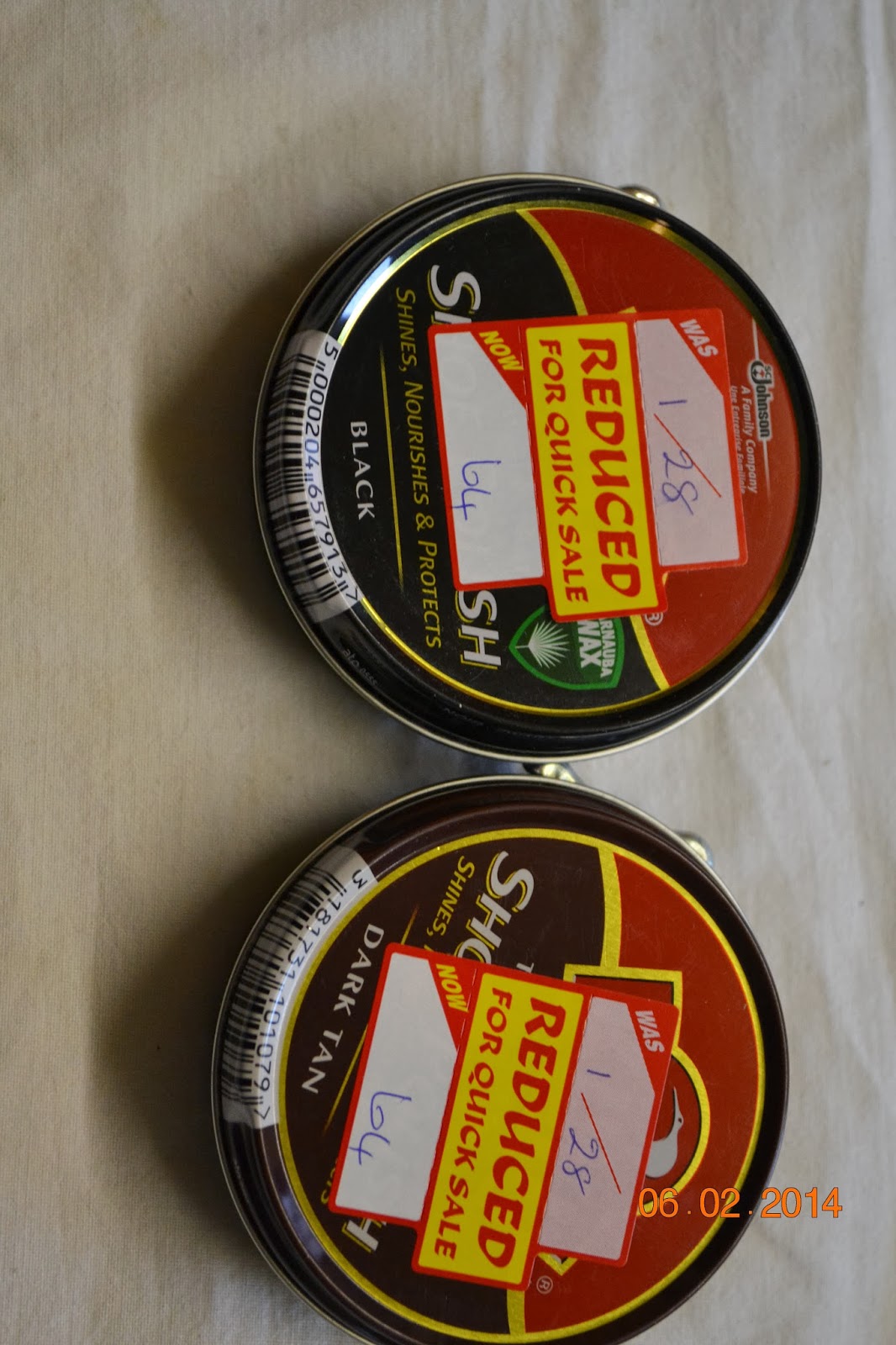 Whoops! Don't know how to turn this round now it is loaded!

A final pic is another Summer one to remind us of what is coming...honest! 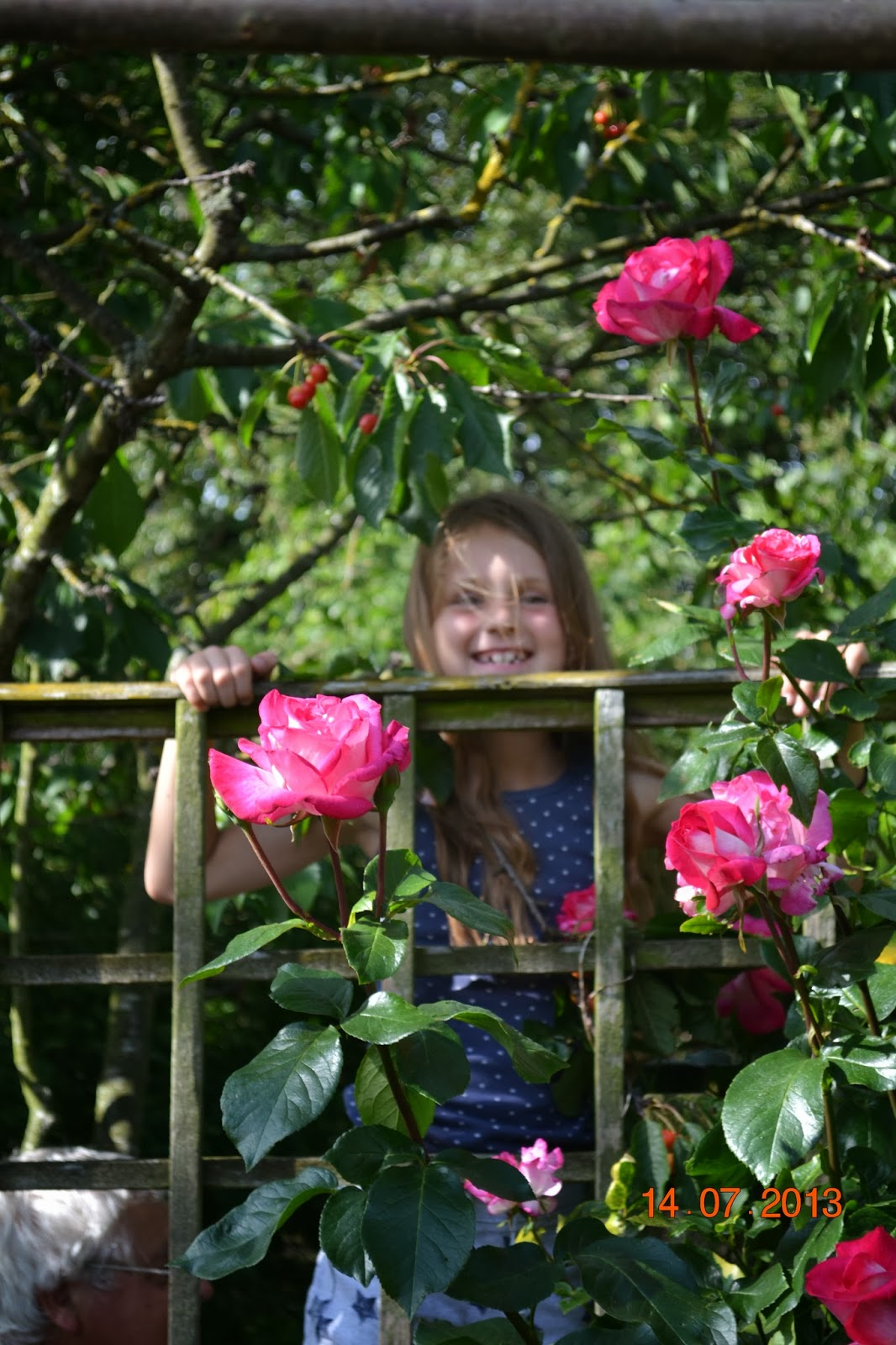 
Posted by Frugal in Derbyshire at 13:48