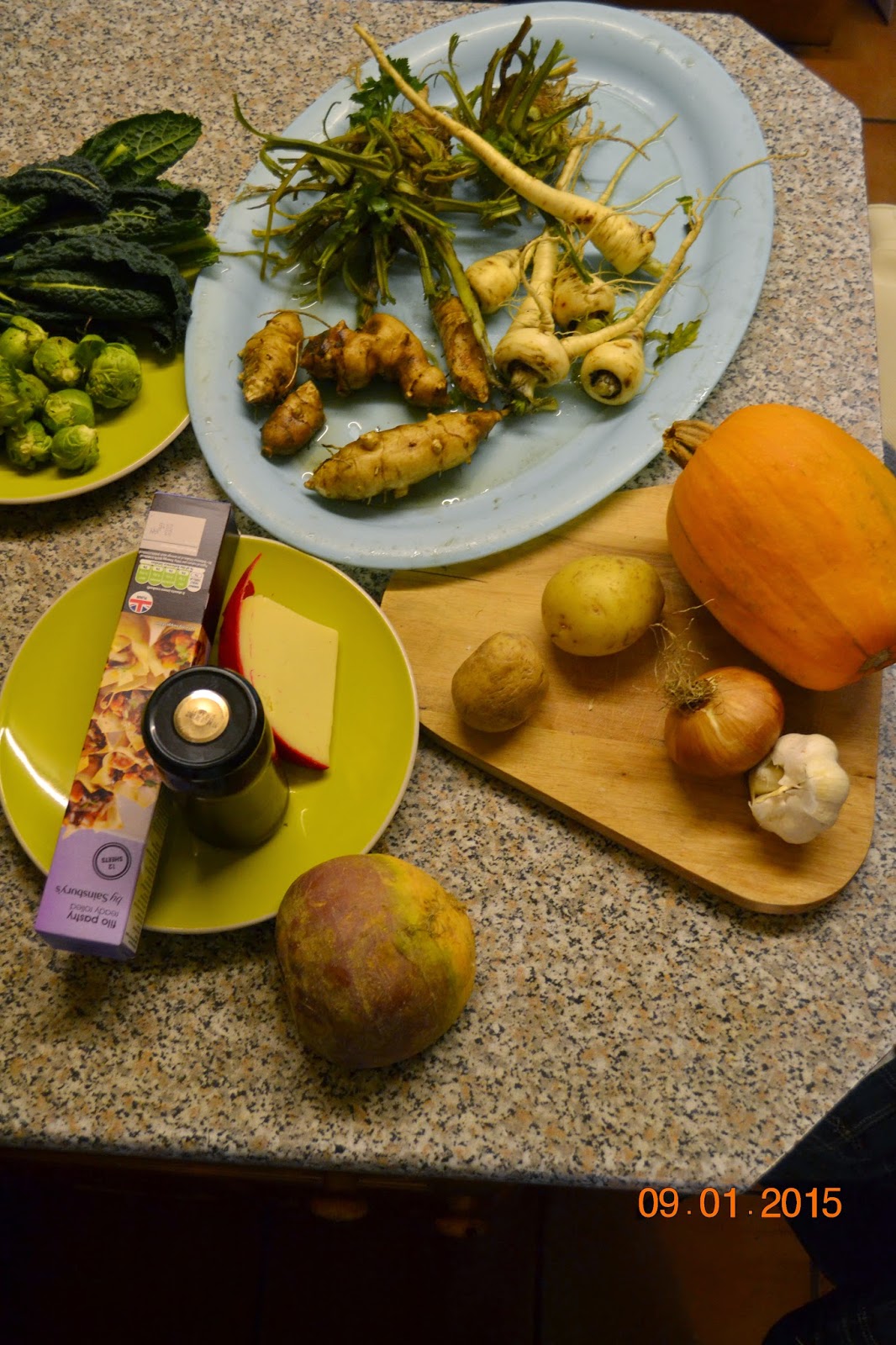 I peeled and thinly sliced the root vegetables, de-stalked the kale and grated the cheese. Some veg cook quicker than others so I par-cooked the swede potato and parsnip and steamed the kale and artichoke, which tend to take on water.(On the white plate are the cooked veg) 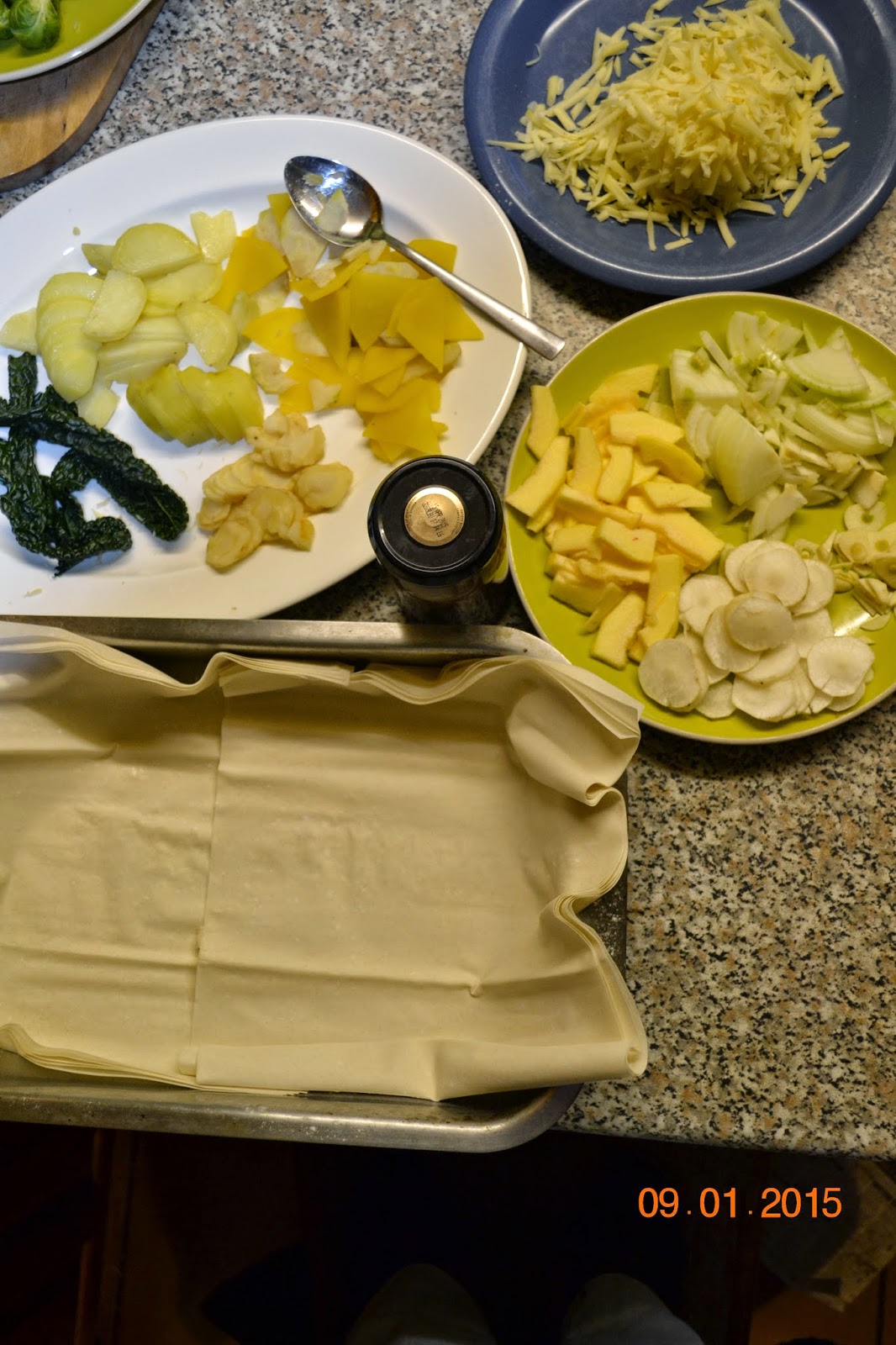 Laying the filo on a floured baking tray I layered the veg and cheese with a layer of summer chutney to add a bit of zing in the middle. Using an egg to stick the layers and folds together, I finished off with a further sprinkle of cheese on top. This roll/ turnover/slice - call it what you will, went into the oven at 160o for three quarters of an hour
Here it is ready to eat. Not that we will today, as I have a meal already cooked for tonight - pork leftover from Christmas, roast potatoes (sliced left over baked potatoes from yesterday and brussels and kale. There were a few slices of veggies left over from the slice, so I added an egg to that remaining from the pastry "glue" with some milk This I poured over the mixed veg which I had put in a small oven proof dish and added a sprinkle of grated cheddar cheese. This went into the oven with the slice. 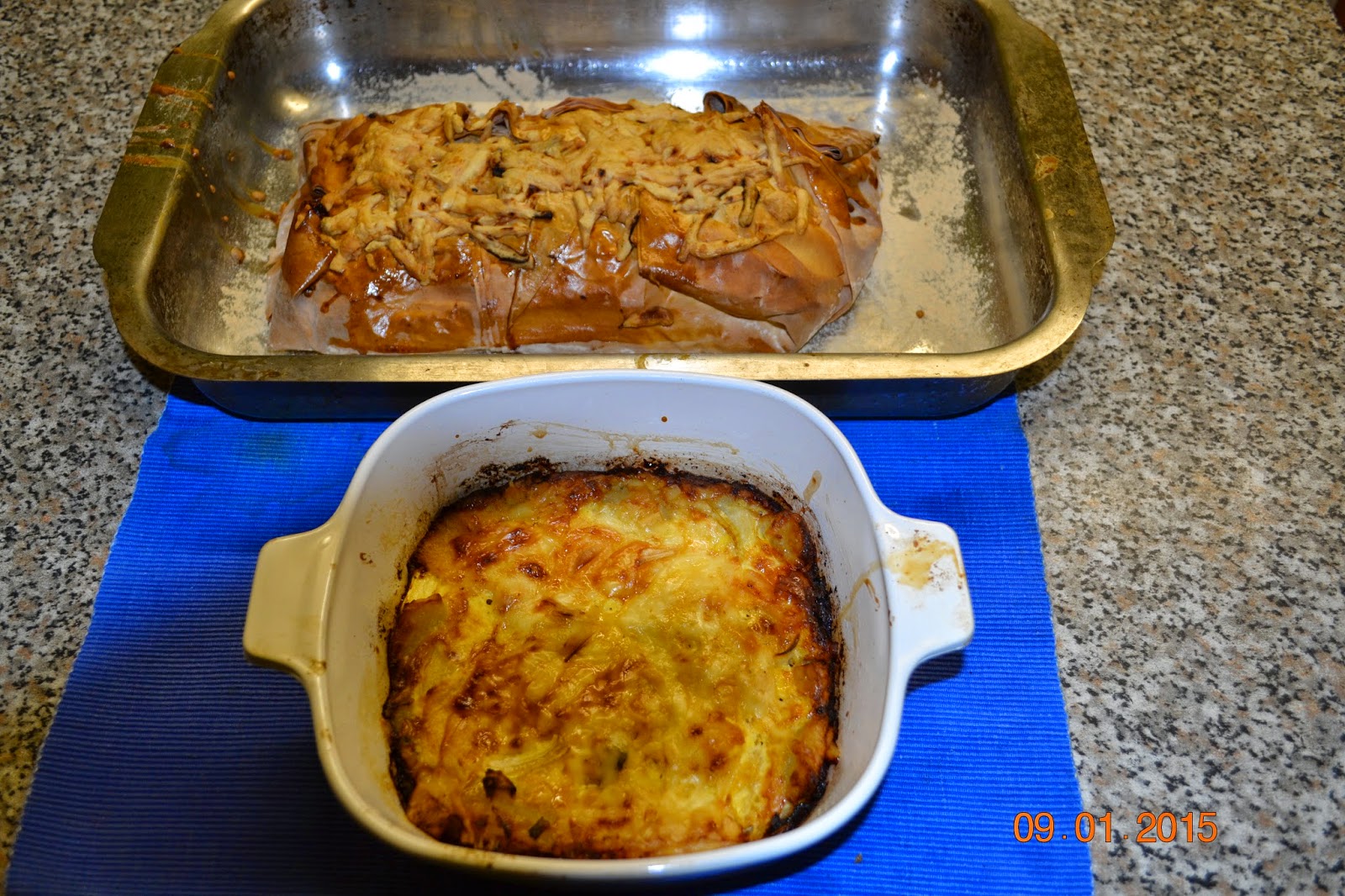 Two more meals for the freezer.

Knowing how many of you love your dogs and following from my last post I thought I might show you another "Doggie" present I have made and give you a recipe for doggie treats.  Next post!
Back soon
Gillx

Posted by Frugal in Derbyshire at 18:37