Been another busy week. Quite a lot of bee work, dog sitting, weeding, pricking out, gathering and processing of veggies, honey spinning...............

It is still hot here and we would like some rain or we will have to do another shed-load of watering. I believe that rain is forecast and we might even get some thunder storms. I LOVE a good thunder storm.

We are picking tomatoes and cucumbers in earnest now. I am processing some into passata or paste to put  in the freezer for winter, eating some fresh and selling some
Here are some chicken pics (Hello Stu in Scotland and Sandie in Leicester!) of the fostering arrangements in the nursery house.

First up is Manny Mummy. She bought off the black chick (now nearly a hen) some weeks ago and then proceeded to sit again. The black chick stayed sitting next to her all the time until the little yellow chick was hatched. They are now sharing the care of the chick. 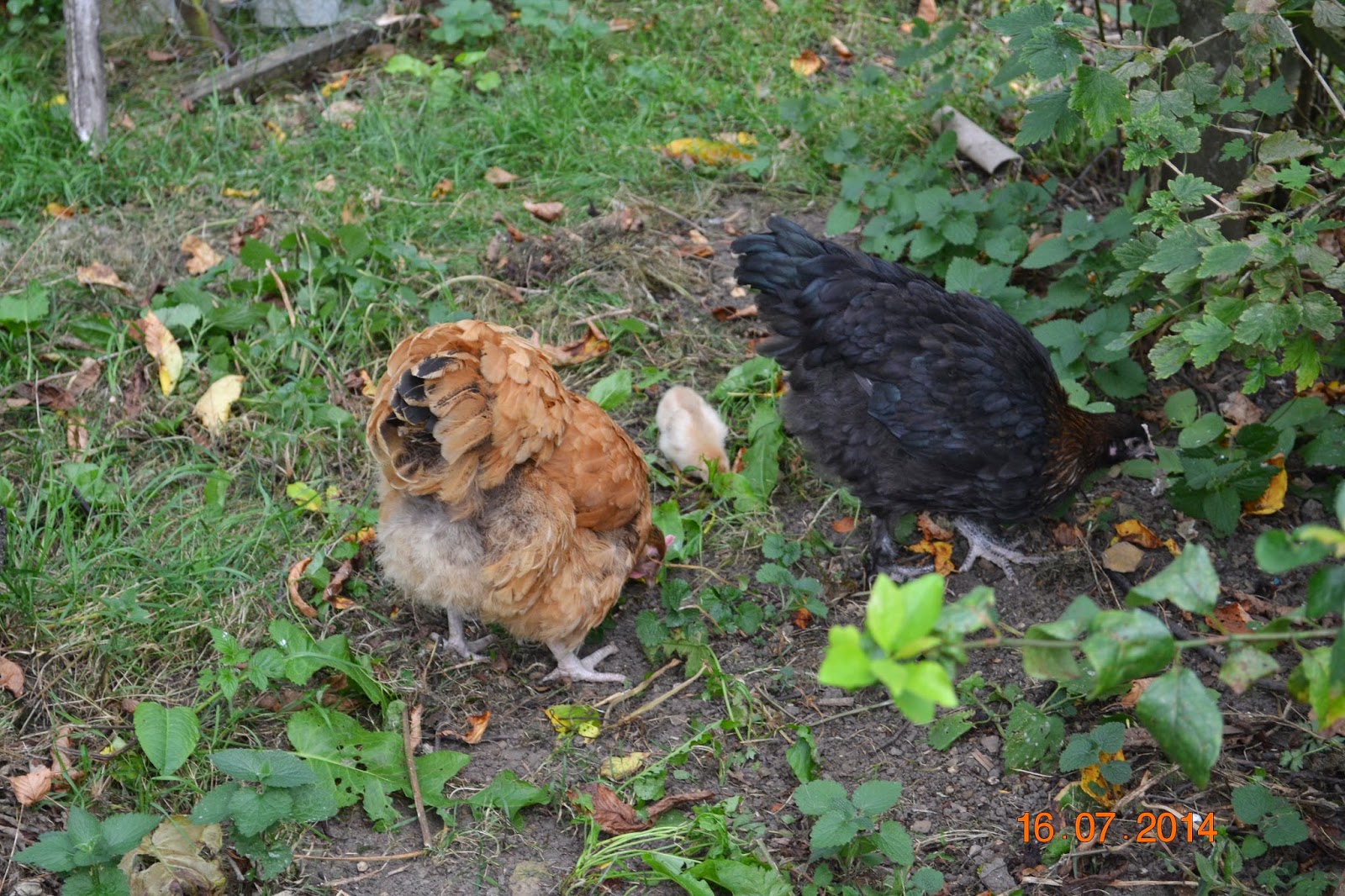 Next is Sister Buff with two stolen chicks. She has gradually steered these two chicks ( from different mums) into her cosy, chickless bed and they are now HERS!!! 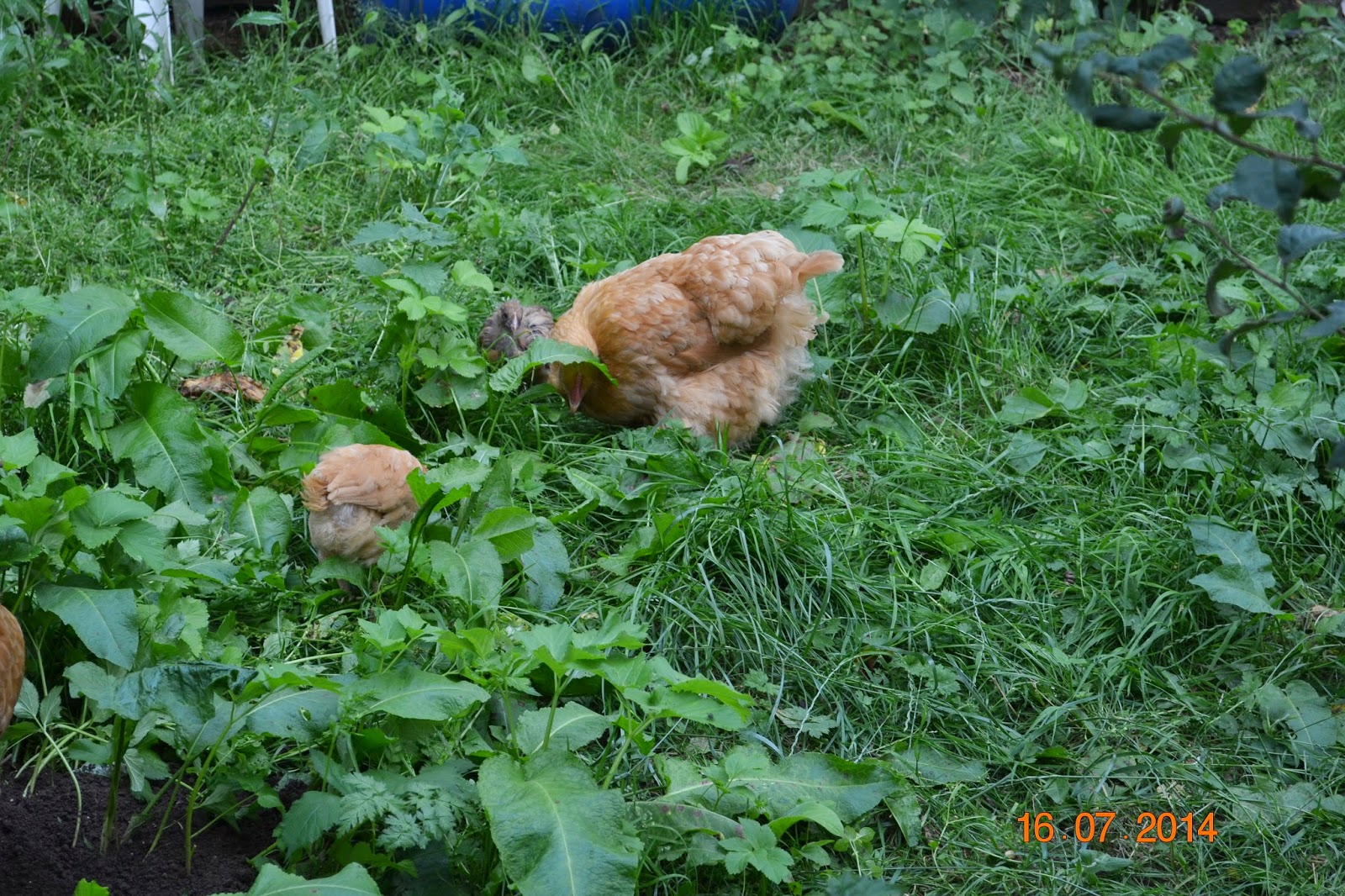 And finally, here is Foster Mum. These are the chicks that she gathered behind her when the fox took Flump, Mummy Buff and Black Mummy. Only one is hers, she hid them in a corner until the fox had gone. 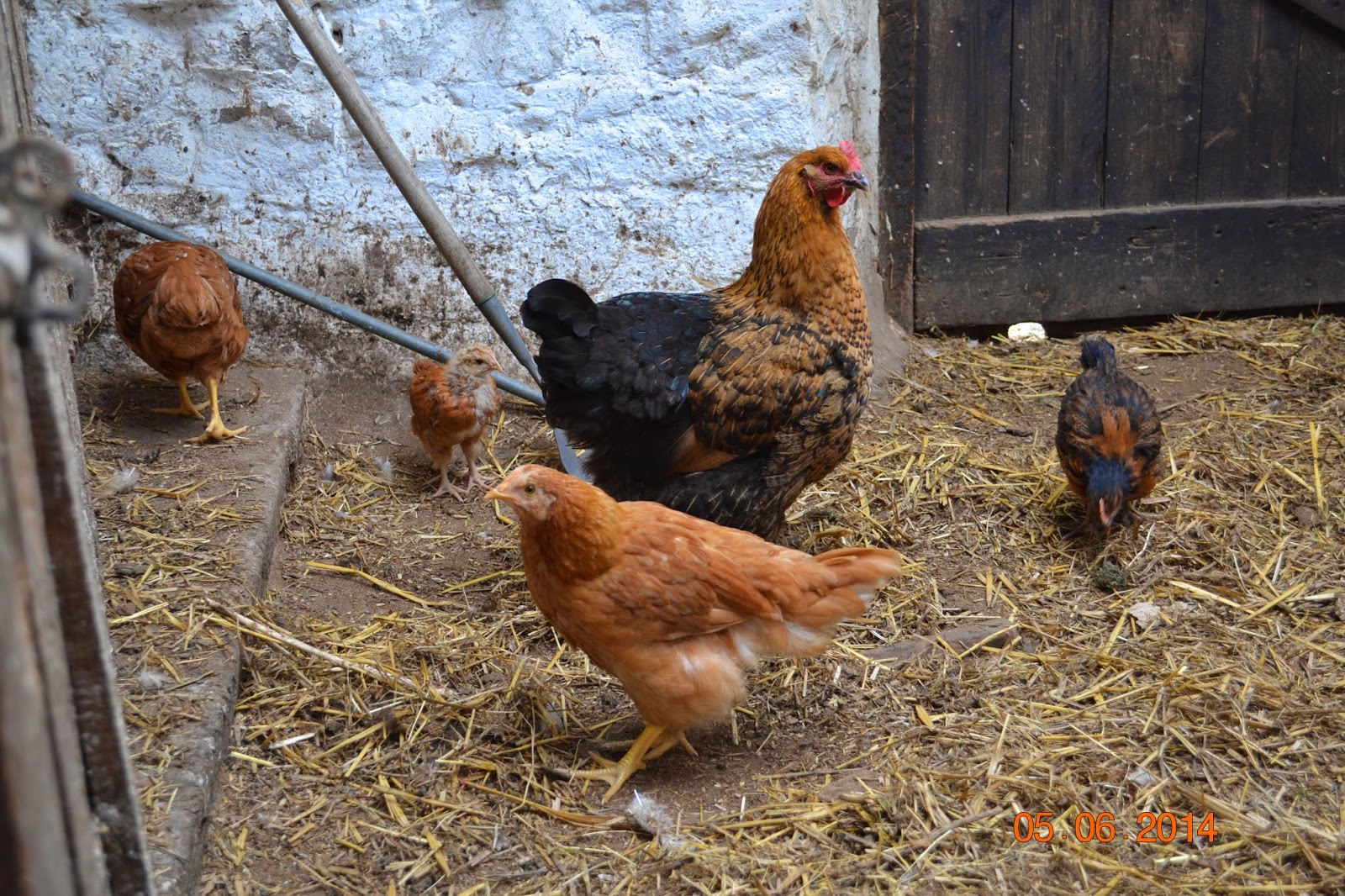 The bees are as busy as ever. I thought would put up these pictures of their favourite flowers that grow in our garden.
Borage 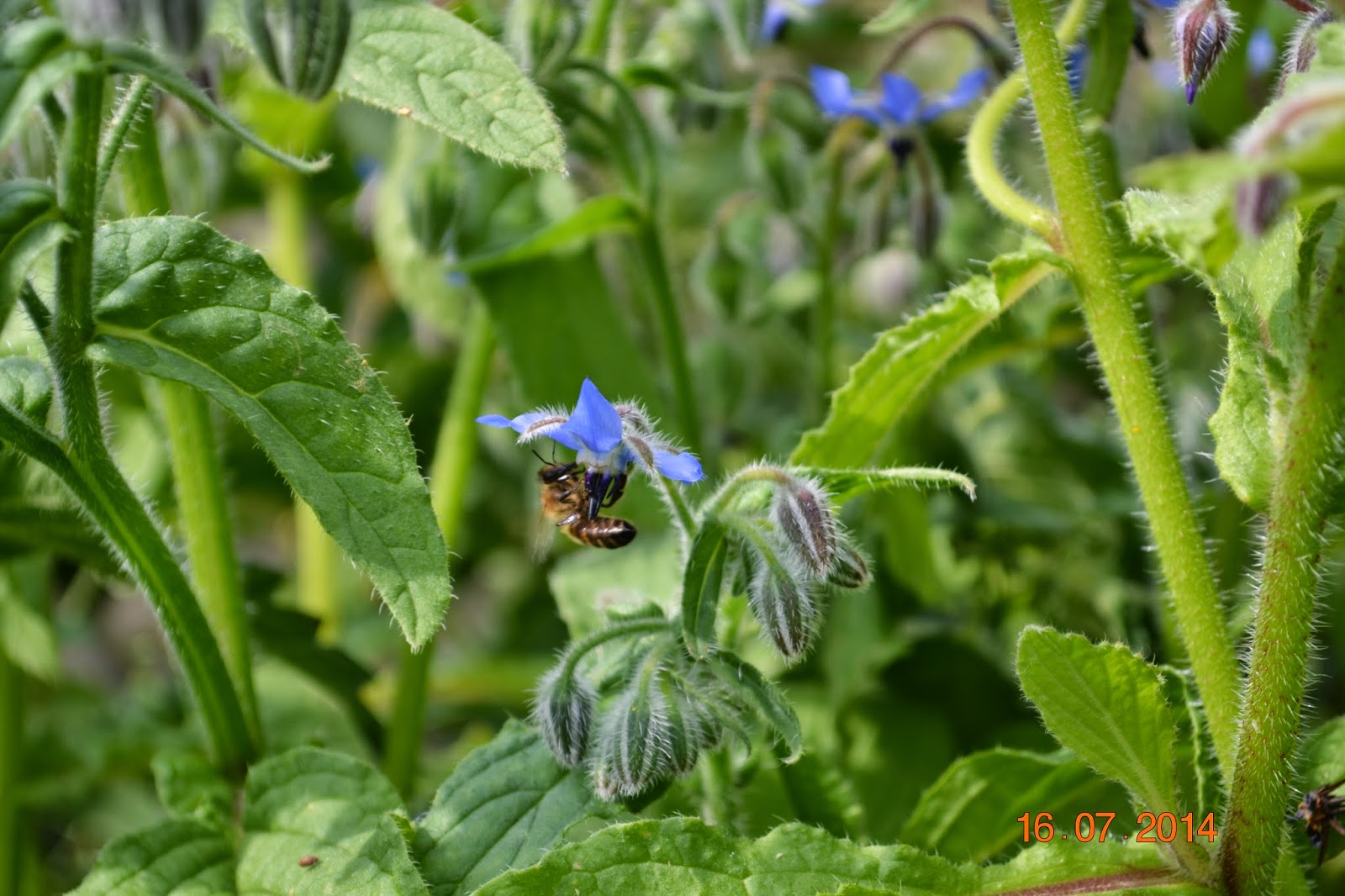 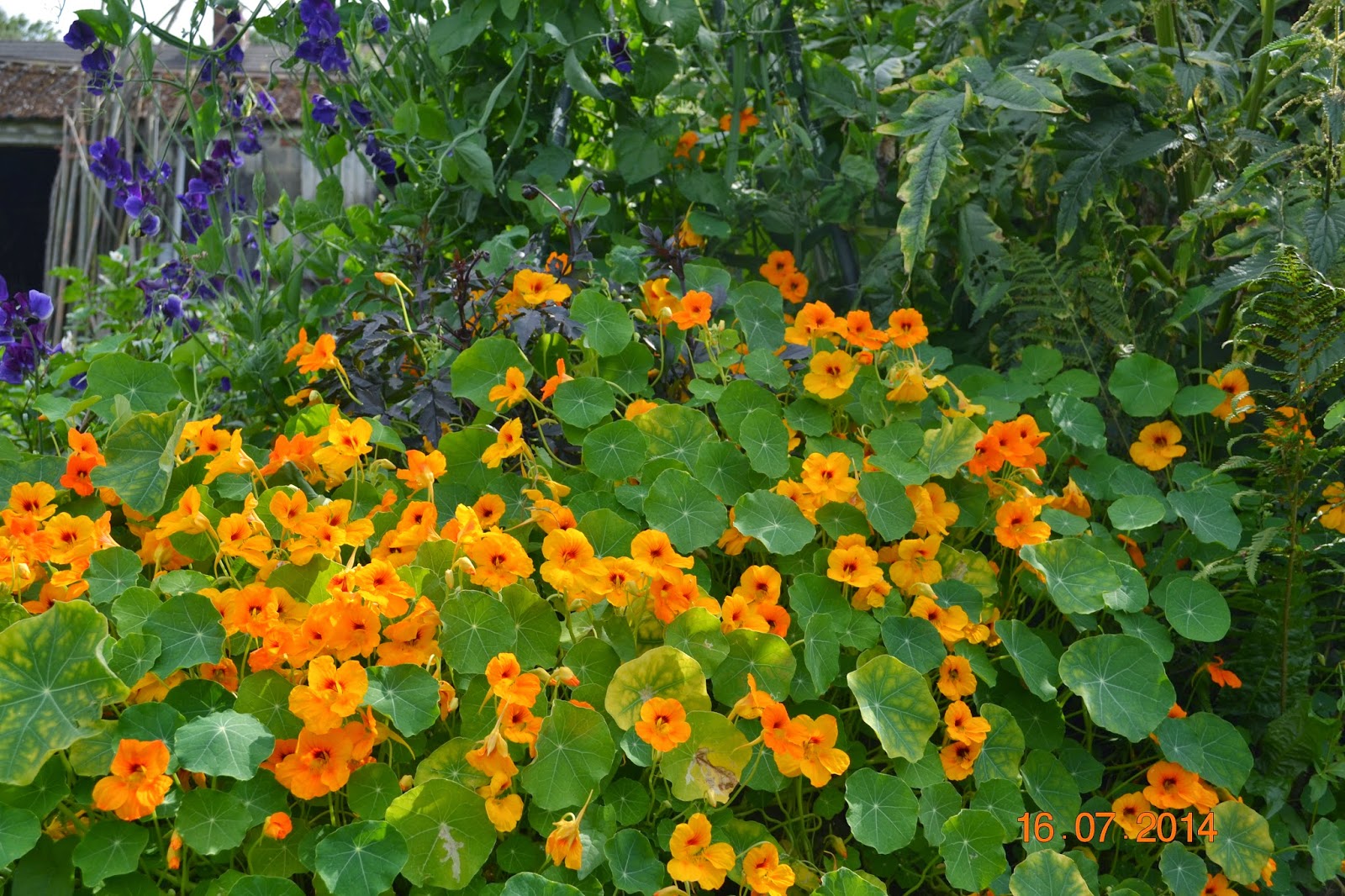 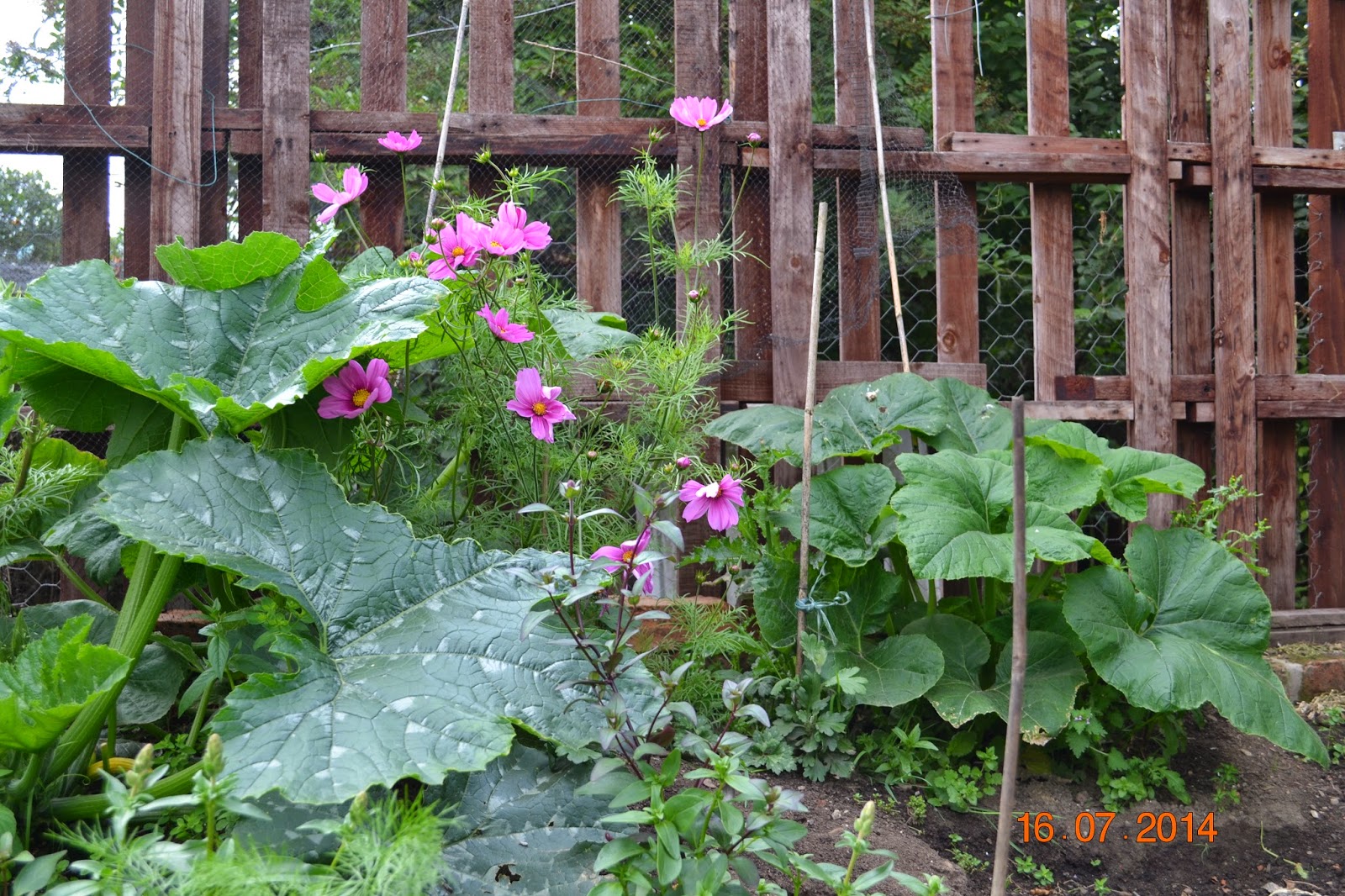 and of course..Buddleia (this one is "Black Prince") 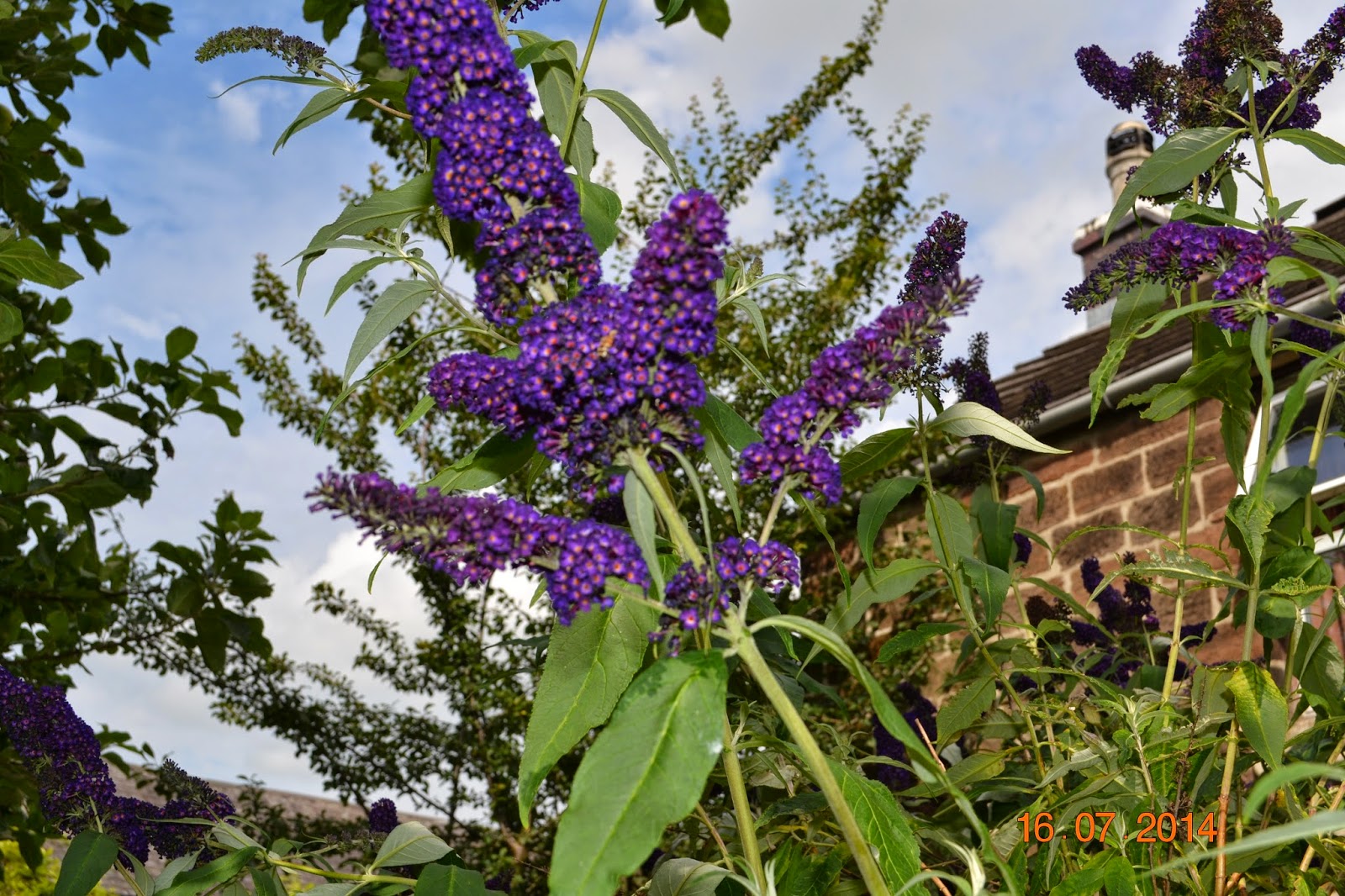 There a couple more plants they love, but I ran out of time to take photos.

As I mentioned earlier, we have started the Honey Harvest. We took honey from Hive No.5 yesterday , which yielded 38lb honey. Not bad really. I now have the signs out so hopefully we can recoup some of the beekeeping expenses. We will be looking at the other hives that we know have some honey in, in the next couple of days. As some of the hives have newly collected swarms they won't have any honey for us until next year, providing they are strong enough to make it through the winter.

With help from my youngest daughter... who am I kidding, she did it all!... I have loaded a video of Adam the sheep with his doggie friends. It will be in my next post. Hope you pop in to see it.. it's a classic!

Off for a shower. I have just finished burning a mountain of bush and tree clippings and I smell of smoke.

Back Soon
Gillx
Posted by Frugal in Derbyshire at 21:27