Hello Everyone.
Welcome to Donna on the Follower's side bar and to Lisa, Susan, Liz and Mrs Rosemary Vernon (very formal) on Bloglovin. I can see who most of your are now.
We have finally had some rain, which has two major benefits for me, the veg are getting a good watering and I have finally done a spot of housework. I realise that the house has got so bad that I will be hiding if anyone comes to door, pretending there is no one here rather then invite them in! So I have got started. I have blitzed the big lounge and the bathroom... That should cover two bases anyway.

We have another wildlife issue. I could see those lovely red fruits under the netting beckoning me to pick and make a spot of jam. Slugs can be an issue as can blackbirds, but straw and netting tend to help deter these critters. What they don't do is deter.... Moles!! many of the plants are now sitting on top of dry mounds of earth. I pressed the mounds down and gave them a good watering, but some roots had become very dry before I noticed them. I also notice that there are two dead moles on the garage base, courtesy of Dixie Doodle.
Here is a pic, which actually doesn't show the damage too well, but you get the idea. 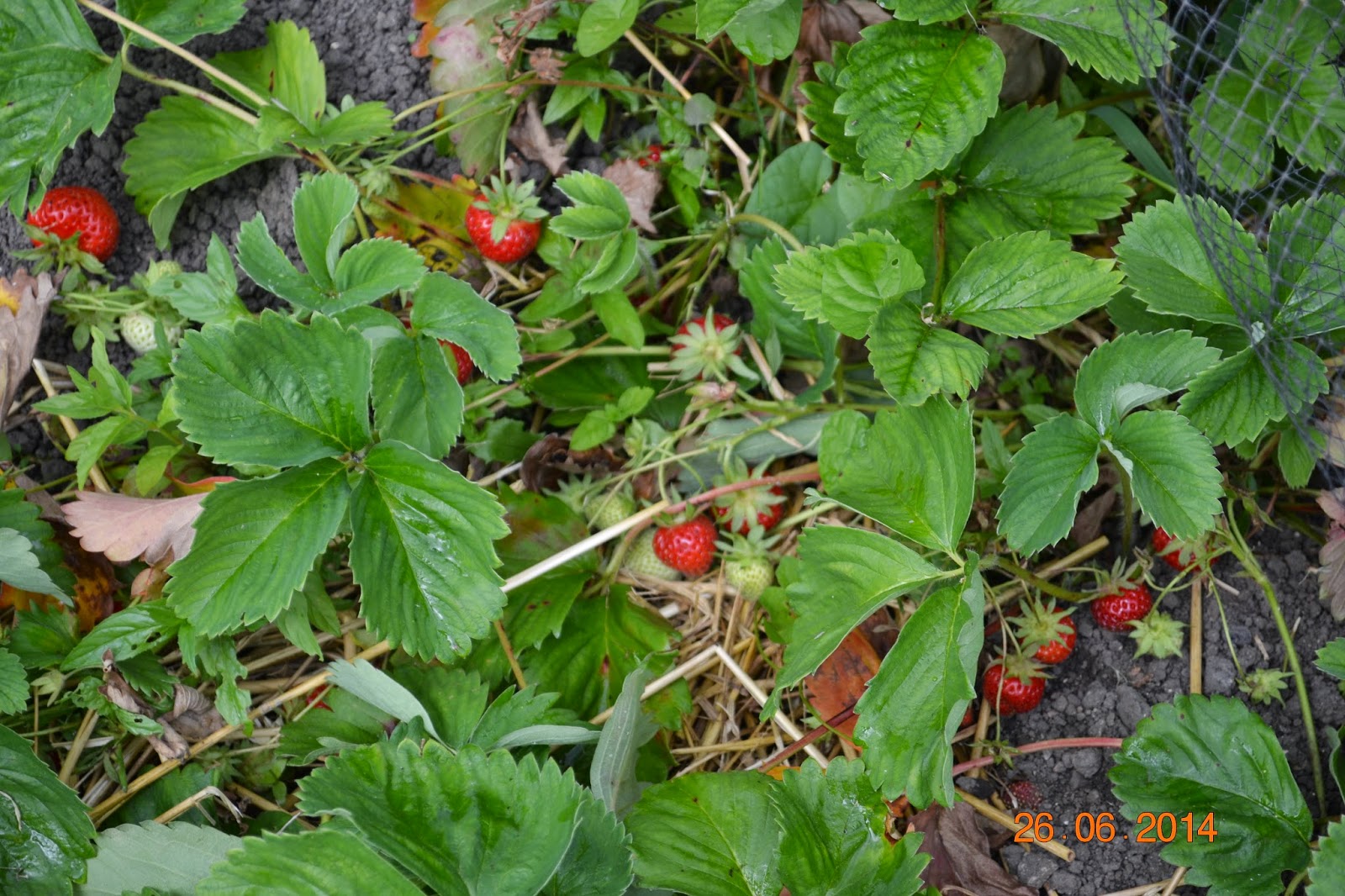 I did manage to pick enough to make four pounds of jam. it isn't the highest yielding jam, but IS very popular. I used gooseberry puree to help set it as the redcurrants aren't ready yet.

Talking of jam, I have just finished a book that YD bought be for my birthday. it is about the role of the WI in the second world way and is called "Jambusters"  I think this is a naff title that belies the content and makes me want to sing "Who you gonna call?....Jambusters!" . It took me some time to realise that as it was a book about the war it was probably a play on "Dambusters". I was surprised to read of the many tasks set by the government for the WI of which jam-making was just one. It was interesting to see how little respect there seemed to be for the organisation initially. The respect grew, but the role of the organisation wasn't always recognised. The pictures on the cover could be my mother and sundry aunts!
Altogether, I really enjoyed this book, which means it won't go into the CS pile and is a "keeper"
Here is the book with that famous bookworm (and mole catcher) Dixie. 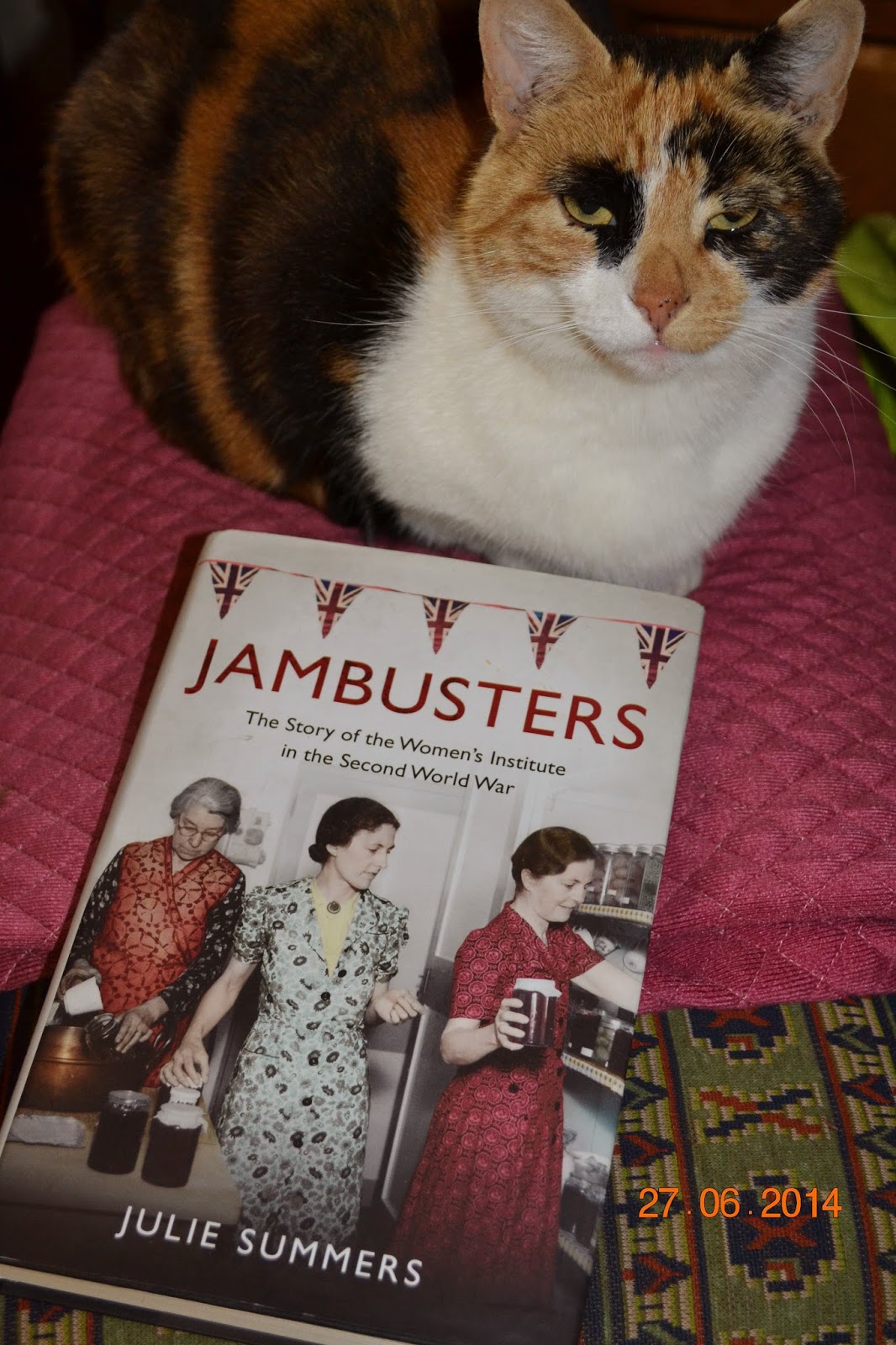 Adam will be with us this weekend. Looks like it might be a rainy one so will need to think of some wet weather tasks to do together. That reminds me I need to make his bed up!

All for now frugal friends.  I shall be asking my granddaughter to draw names out of the hat for the "Girl called Jack" book on Sunday, so if you want your name in the aforementioned hat there is still time to join the raffle. You don't have to be a follower or anything. If you read this blog that's good enough for me!
Gillx
Posted by Frugal in Derbyshire at 10:29