YGD has been staying over this week and last week and I'm delighted to say she will be back for a couple of days next week
She is now 9 and pretty independent and really enjoying the freedom that a couple of acres gives an active child.
Here she is whizzing around on an old bike that grandad has dragged out of the loft. He has highered the seat and handlebars, oiled the odd nut and away she goes up and down the drive and between the buildings. 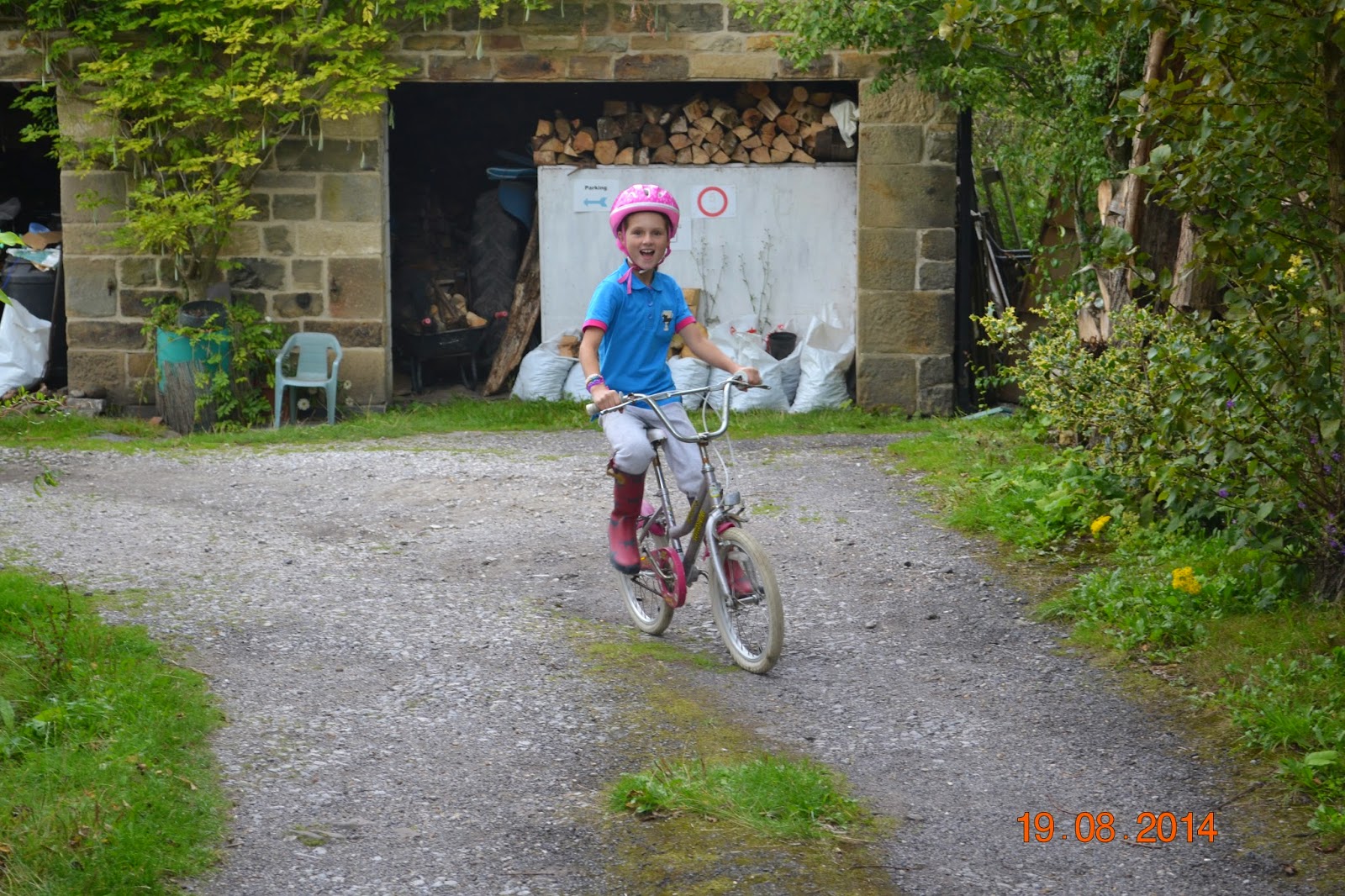 And here she is on the "swing" that grandad has made for her in a damson tree. Shy isn't she?! 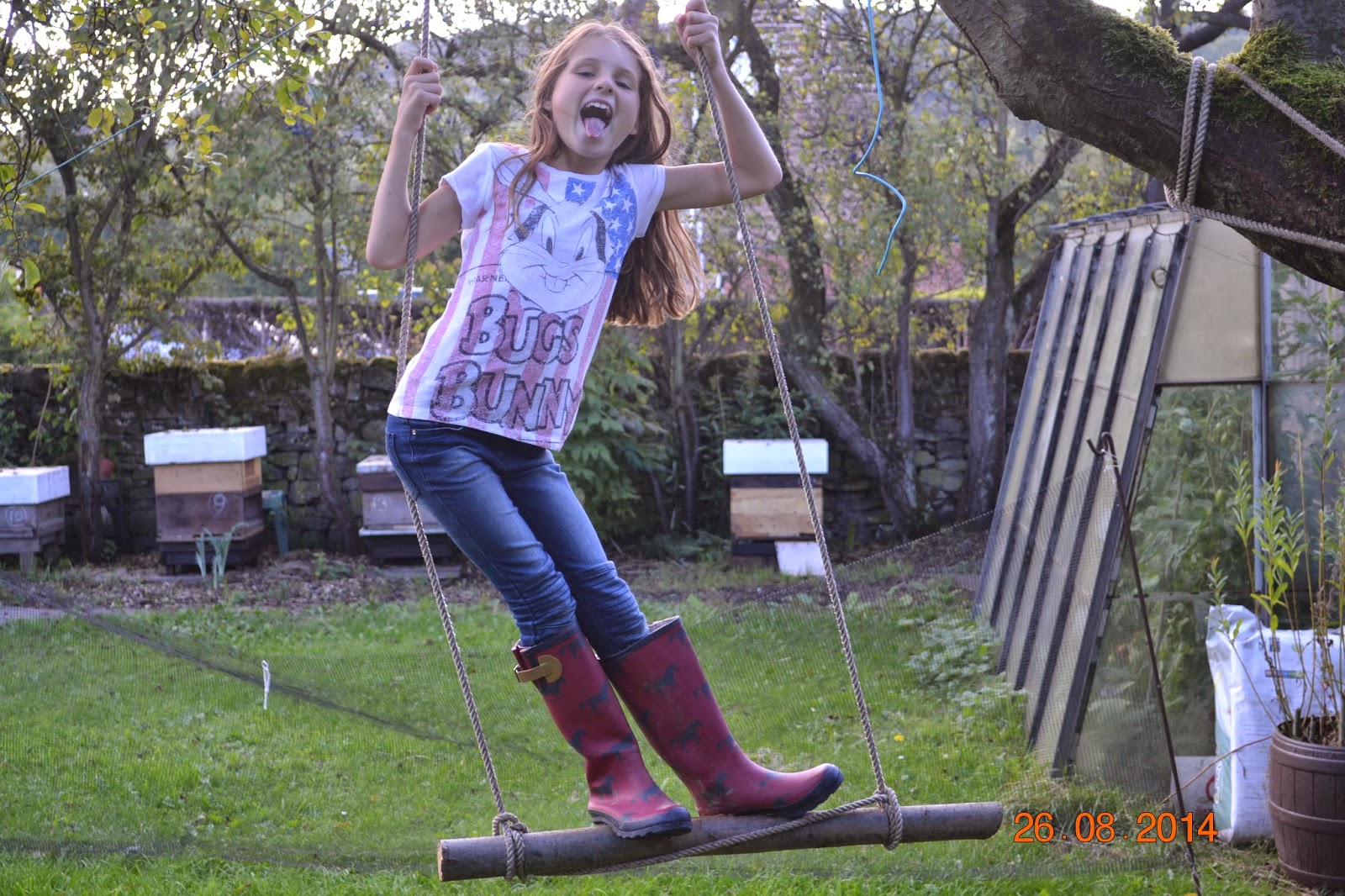 And with the doll she bought with her birthday money. She has combed and plaited the dolls hair time and time again. There seems to be quite a lot of hair on the brush and I have to keep reminding her that it won't grow again! 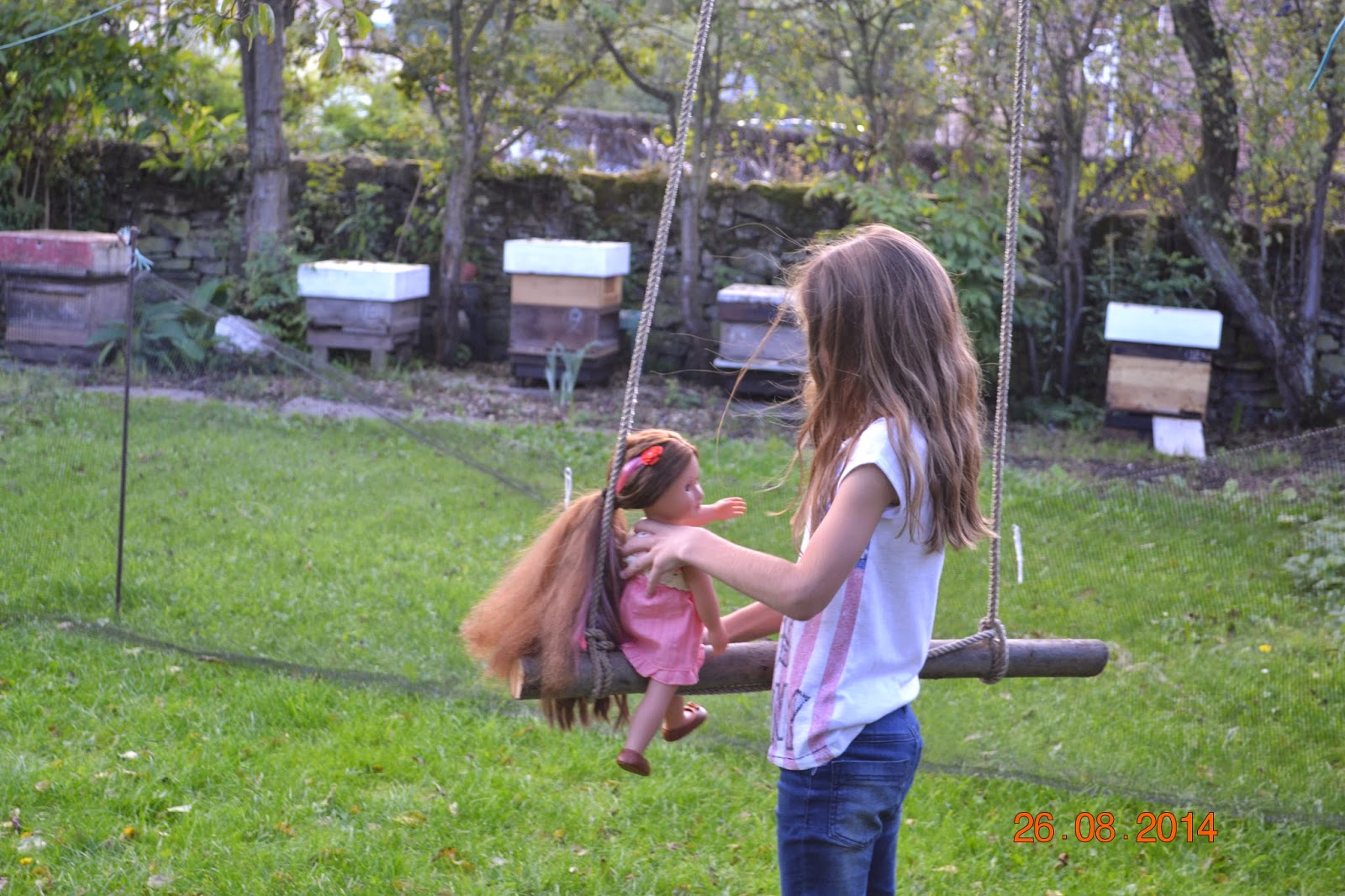 Something else she has enjoyed doing is baking. What child doesn't ?! Our favourite thing to make at the moment are biscuit/cookies from a recipe I found on Beth's blog..."Twenty tiny toes and a button nose" (still don't know how to do a link) These are called "hob nobs" we have made them slighter bigger than she suggests and this means that they are soft in the middle and are little like a cross between a hobnob and flapjack. they are DELICIOUS. We also made some with honey instead of golden syrup and they were just as good. As I have plenty of honey I shall always use that in future. Pop over to Beth's blog to get the recipe.

We noticed that the Charles Ross Cookers were being pecked by the birds. We thought probably blackbirds,who have also been pecking at the windfalls. We were wrong ! Here is the culprit... 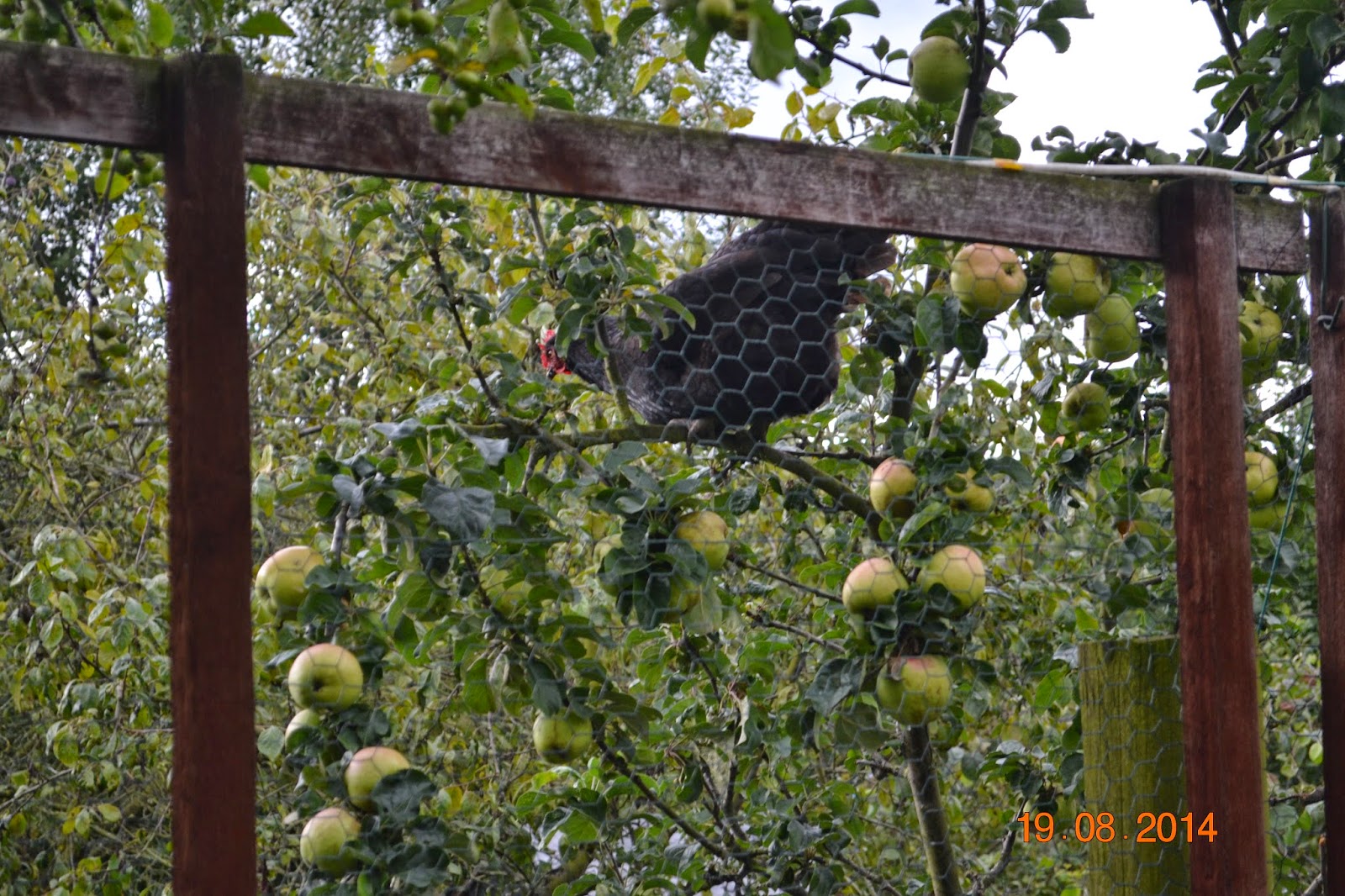 I suppose it IS a black bird!

All for now
Gillx


Posted by Frugal in Derbyshire at 23:10