Hello Bloggy Friends.
Sorry I've not been around for a few days. Fine weather makes us busy!

I'm catching up on other blogs. I was particularly interested to see that Frugal Queen has been offering a Roadshow giving lessons on cooking etc. I think this is commendable and an idea that should be available to more people. Thing is.. how does this work? The more I think about it the more difficult it seems. Over the years I have been asked by people if I could offer sessions on preserving, smallholder cookery etc. But where ? In my kitchen? The village Hall? Neither of these could be seen as approved food rooms nor offer the room for more than a couple of cooks. Would my simple hygiene certificate suffice?  Any ideas Folks? have you thought of starting a cooking group?

After this weekend I'm feeling particularly proud of my granddaughters.
My youngest, aged 8, stopped overnight on Friday. She is an early riser and whereas when she was younger this meant several hours of concentrated effort (in no way resented) keeping her occupied. it now means several hours of useful and interesting jobs. She is studying the growth of plants at school and wanted to discuss seeds and plants in a more informed way than usual. She usually has a small piece of garden to grow vegetables each year, but has worked out that if she is to grow all she wants to she will need a larger plot. We decided on an area she could have, measured it (300cms by 130cms in new money) and plotted it on some graph paper. With the aid of a couple of seed catalogues (smallholder's pornography)  she decided what to grow and I advised her what was possible and what might be too difficult. We agreed that she could use whatever seed I had and fortunately I had everything she wanted. She then proceeded to sow the early seed into pots and trays, labeling and watering and transferring to the warm greenhouse completely independently. She also started some cucumbers off for me and has negotiated for some plants that I have already started.
She was particularly keen to help with the "shop", rushing to the front gate to serve egg customers. There is an honesty pot, but this is not needed when YGD is here! People are usually happy to wait while she sorts out the right change or works out how many boxes are need for one and a half dozen.
Lastly, she tried on her Egyptian costume today. They are studying Ancient Egypt and she keeps asking her Grandad questions as she knows he loves a good quiz, hoping to catch him out. It really seems to have caught her imagination.
Here she is.. 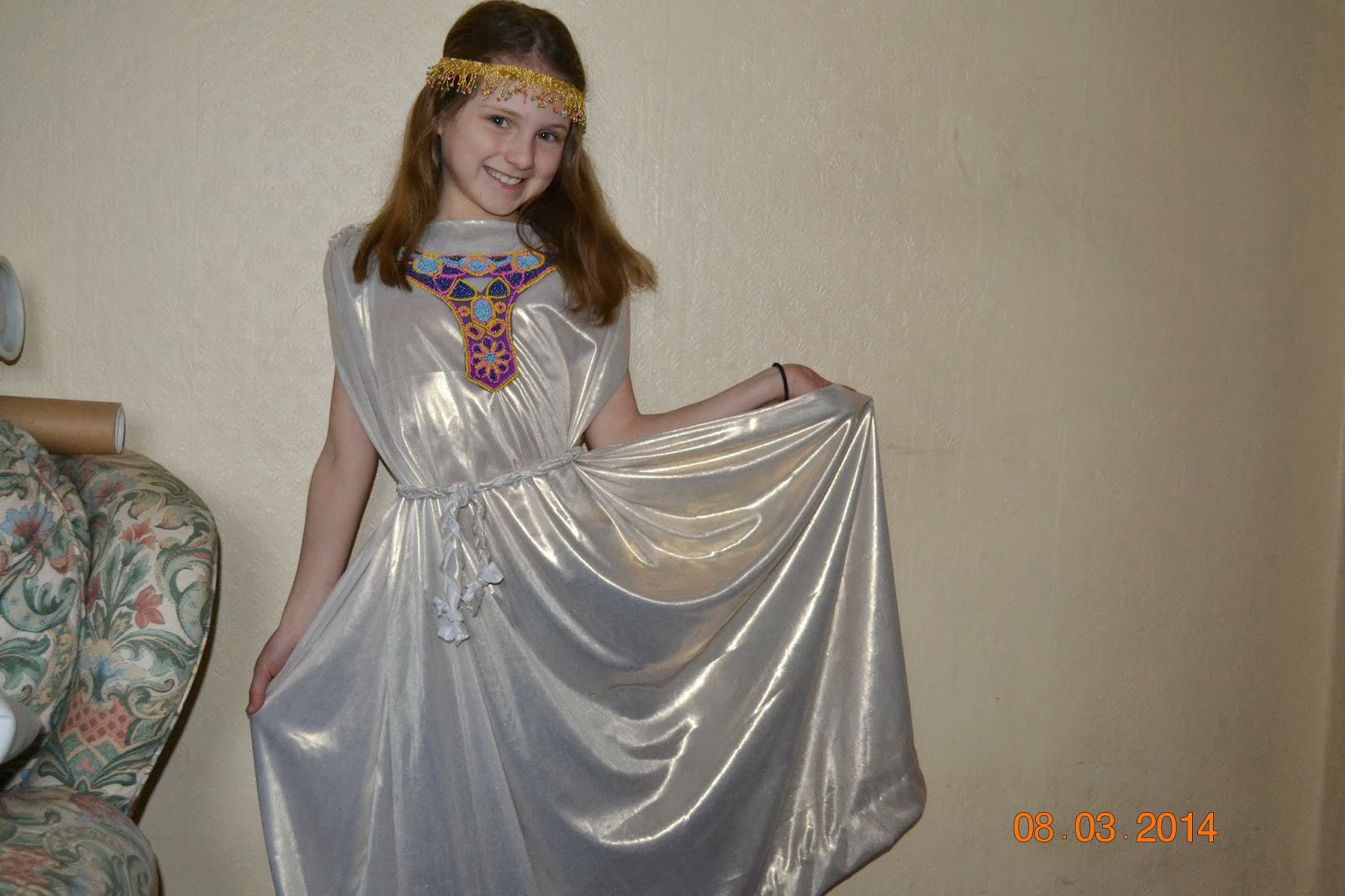 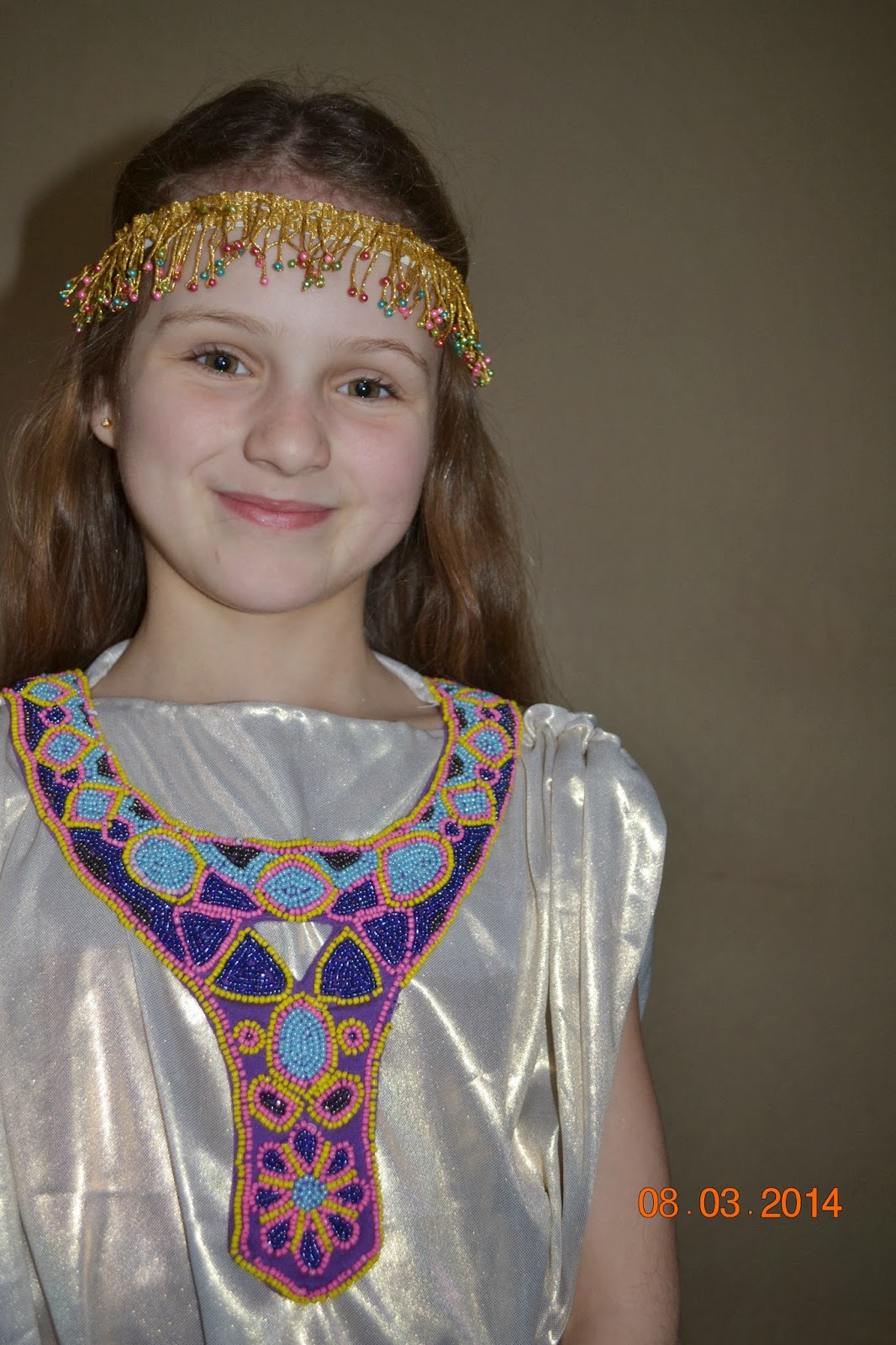 My eldest granddaughter is to start a new job and will need to take a packed lunch. Over the weekend she did a large bake of cakes and cookies to freeze and take out daily for herself an her partner. She chose some clever cost-effective recipes and posted a picture of the bakes on the Facebook site " Fill my Family on a budget"and had 88 likes and 30 comments, many of them asking for the recipes. Not bad for a nineteen year old !
Here is the picture she posted 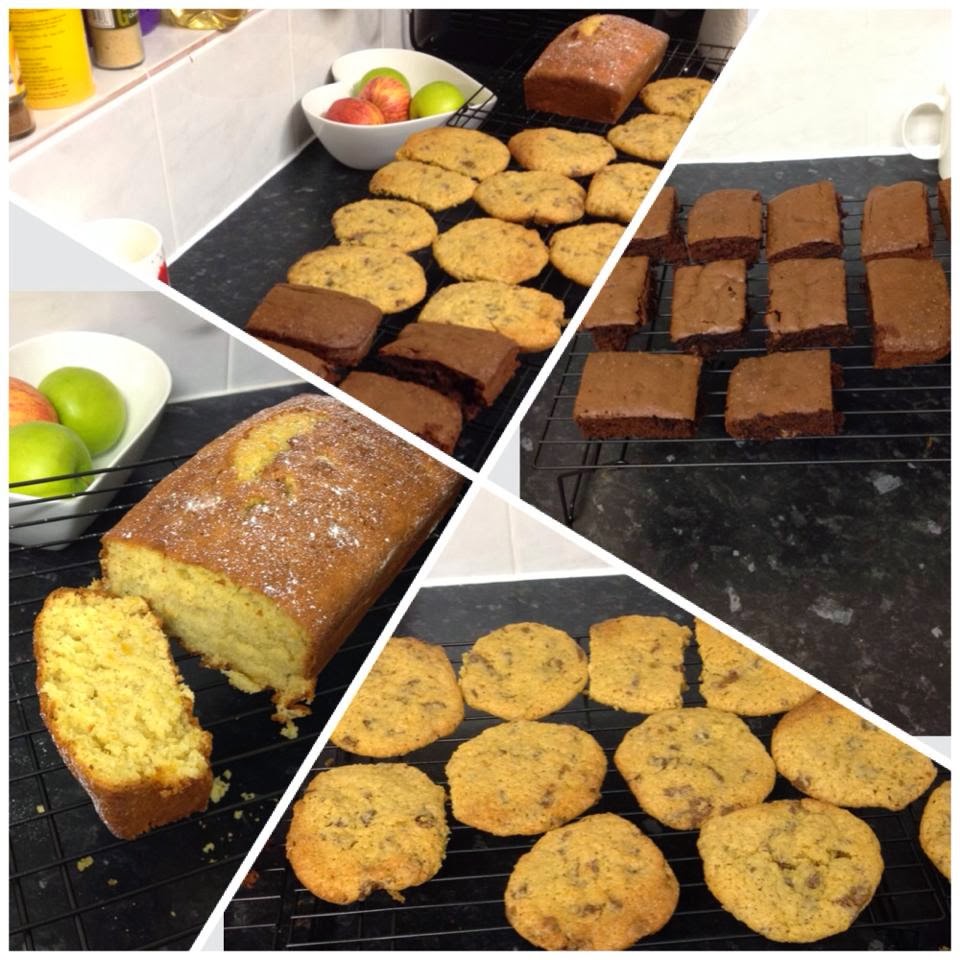 Today she and I went into town to do some banking and popped into Lidl for some milk, there she bought two fruit trees for her garden. They looked good strong plants in large pots for £7.99, which is a very reasonable price if you are in the market for fruit trees.

Right! I promise not to brag about my grandchildren again for a week or two! tee hee

We have been pruning the wisteria today. It is huge and covers two sides of the house and there is also one on the front of the barn. So while D. is up the ladder I'm standing on the bottom rung "footing the ladder" and trying to duck the branches and twigs as they rained down. We have also pruned the front hedge which is made of pyracathus. D. thought it would deter anyone who might want to enter the garden, as P. is VERY spikey. Methinks that the only person deterred is me! Gosh, those spikes hurt!!

Posted by Frugal in Derbyshire at 22:40