Hello All
As they say in the TV programme "Mostly, I have been collecting swarms"

D. and I were beavering away repairing every single piece of beekeeping equipment left (not much!) and building new roofs and floors from our (considerable) wood stash when I looked out of the window to see a familiar cloud in the sky. I must say I was tempted to pretend I hadn't seen it and let it go, but we have a responsibility to our little friends, so I said "Another swarm D." He tried not to look too crestfallen, as he has spent the last fortnight making new hives and nothing else. Jobs are piling up around us, with deliveries of smallholding gold awaiting attention (more on this later) and gardens still to be dug etc etc.
As I am collecting our equipment, the phone rings and it is our Godson who has been doing some fencing for someone and do we want the old fencing? I almost didn't pass it on to D. for the same reason as I nearly didn't tell him about the swarm! However, I did and D accepted the wood.(of course)
This swarm landed on the golden rod and the weight soon bent the young stems over until the swarm was almost on the floor 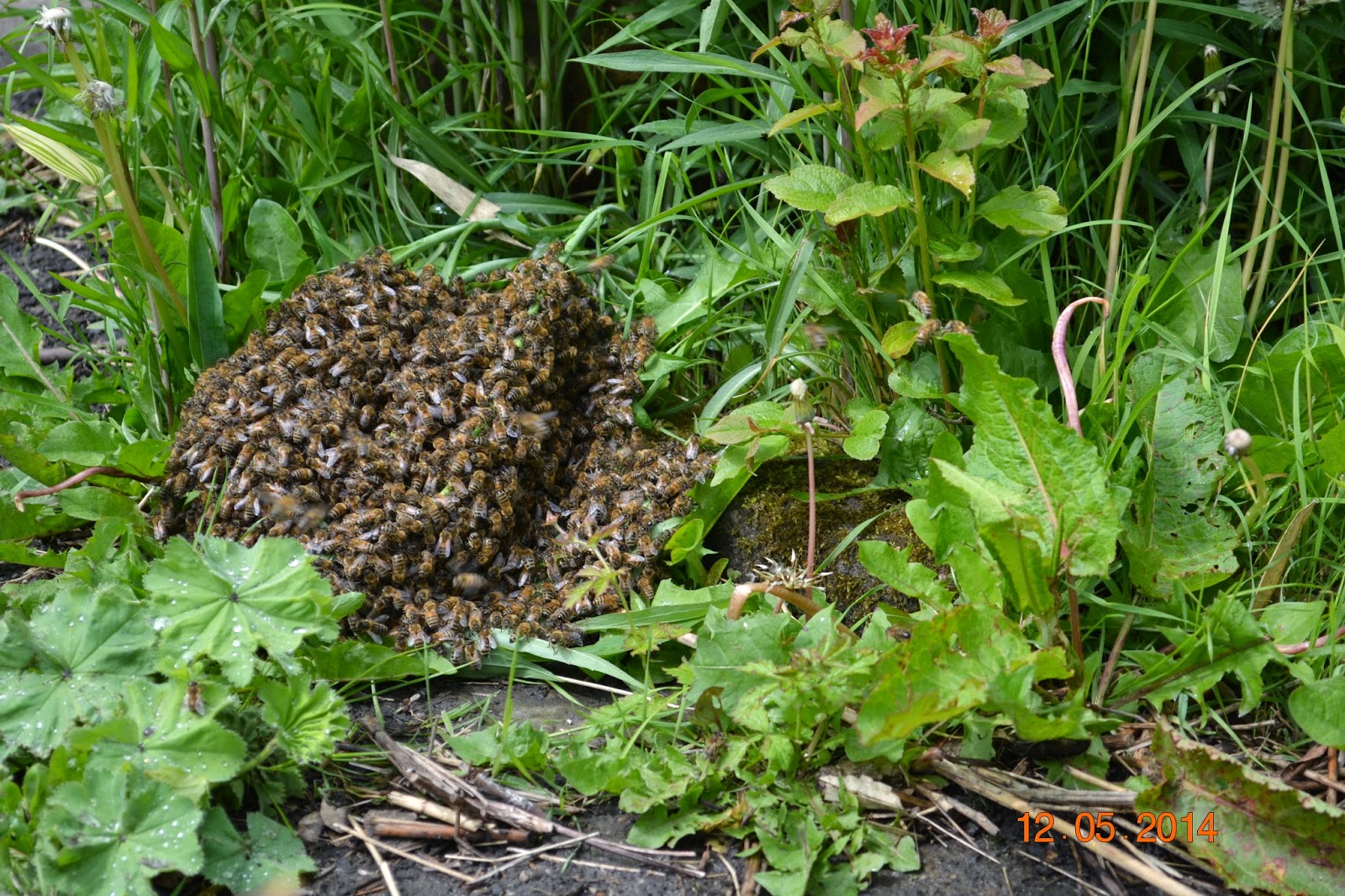 We cobbled a Brood Box together from bits and pieces and D. put it in front of the swarm while we togged up. At least we wouldn't be balancing on ladders this time. Back to the site, Queen marker in hand just in case we saw her and this is what we saw. They had taken themselves in. 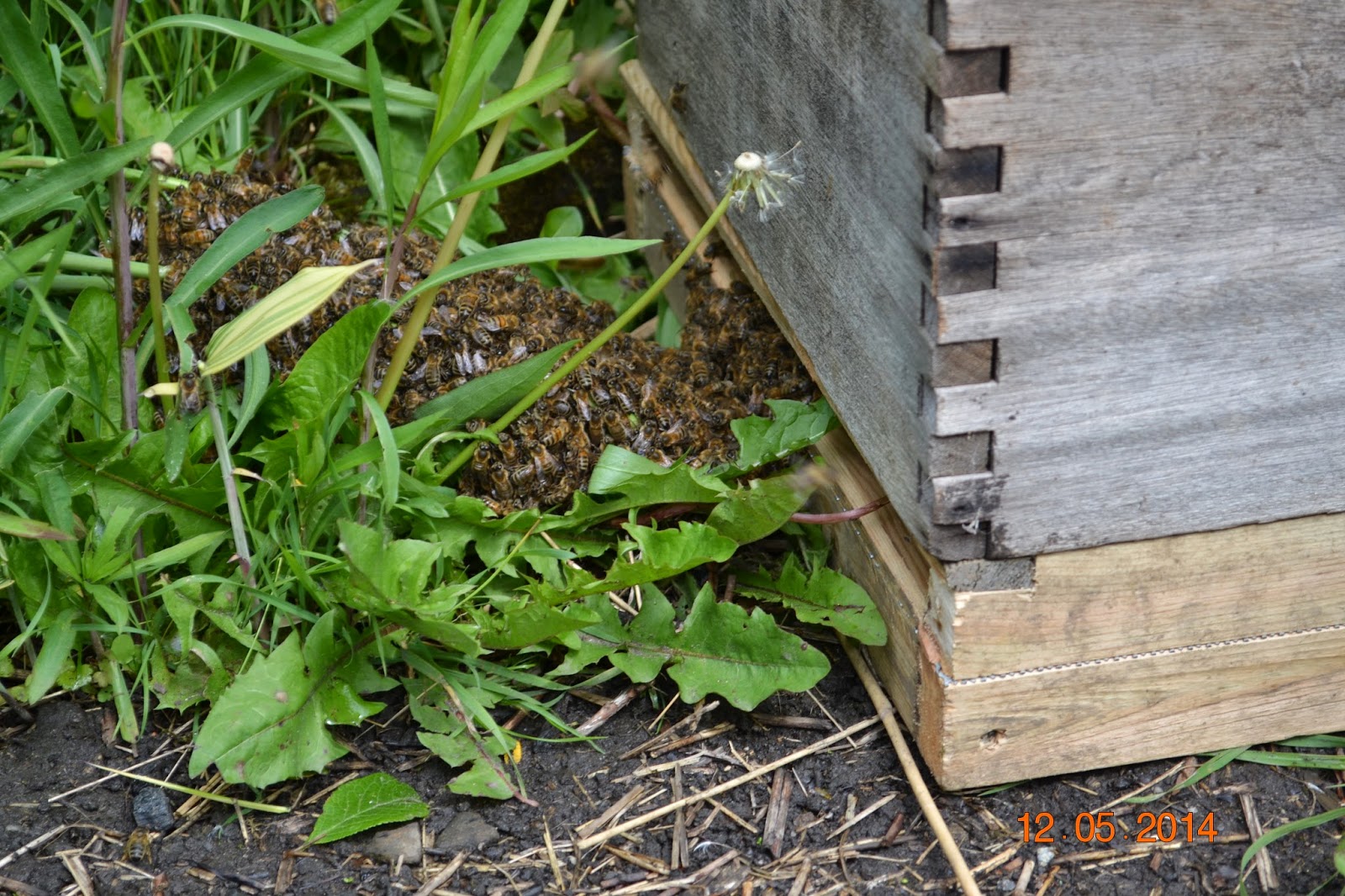 The easiest swarm collection ever! 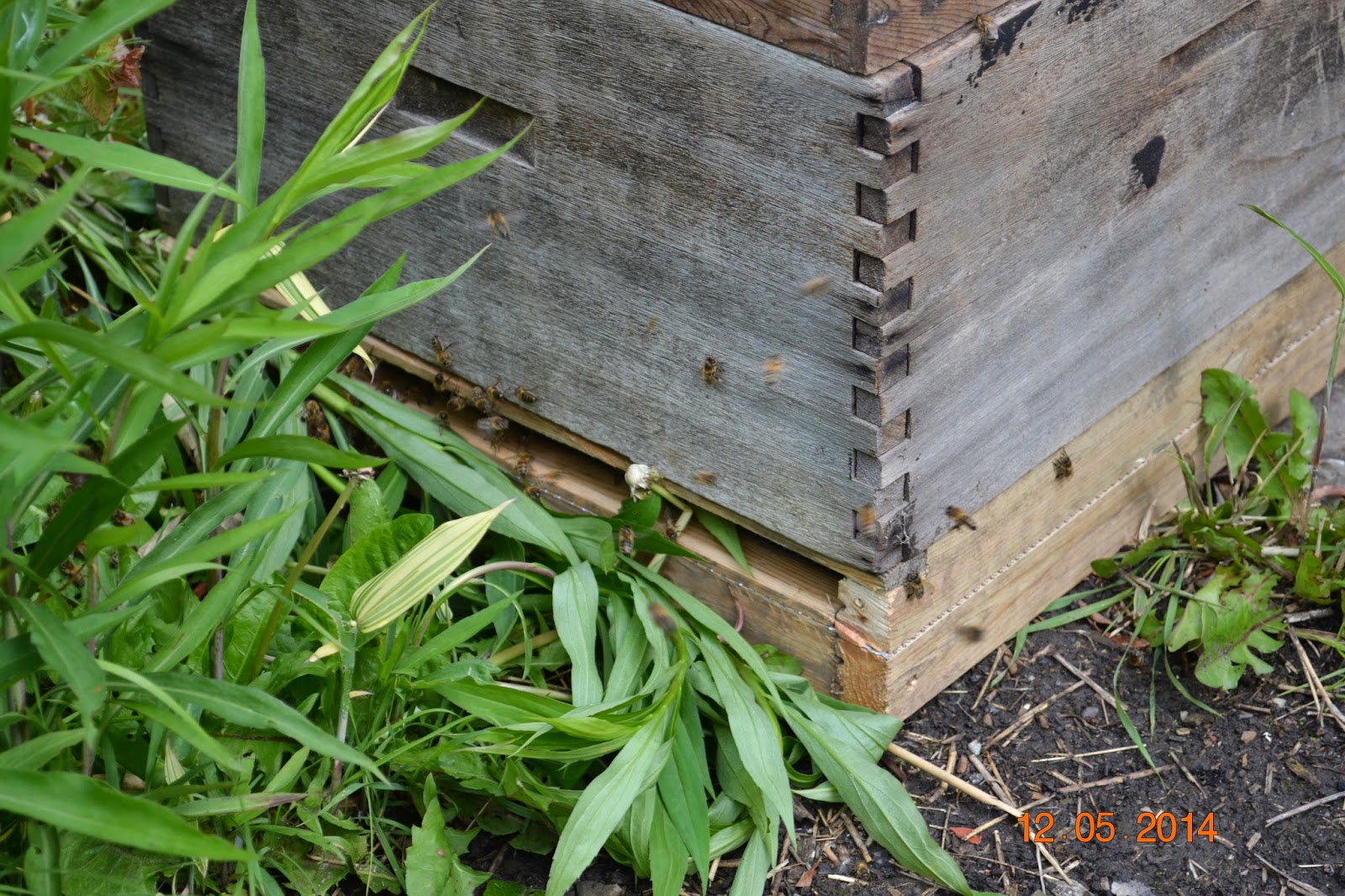 Good job really as Gdson had arrived with his mate and trailer and pick-up load of stuff. They all set to to unload it all over yard and very pretty it looks too (not)  I went into the kitchen to make tea and my mobile rang. It was Gdson's wife to ask was he there and did he know about the bees? Yes, he does I said and after a bit of a chat it dawned on me that we might be at cross purposes. Yup,  Gdson's bees had swarmed ! Off he and I set in our car, leaving his mate to take the trailer and truck to pick up for their next job.
At Gdson's house we tog up again and collect a swarm from a low gate ..Hurrah another no-ladder swarm!

Here is a pic of the pandemonium in the yard. 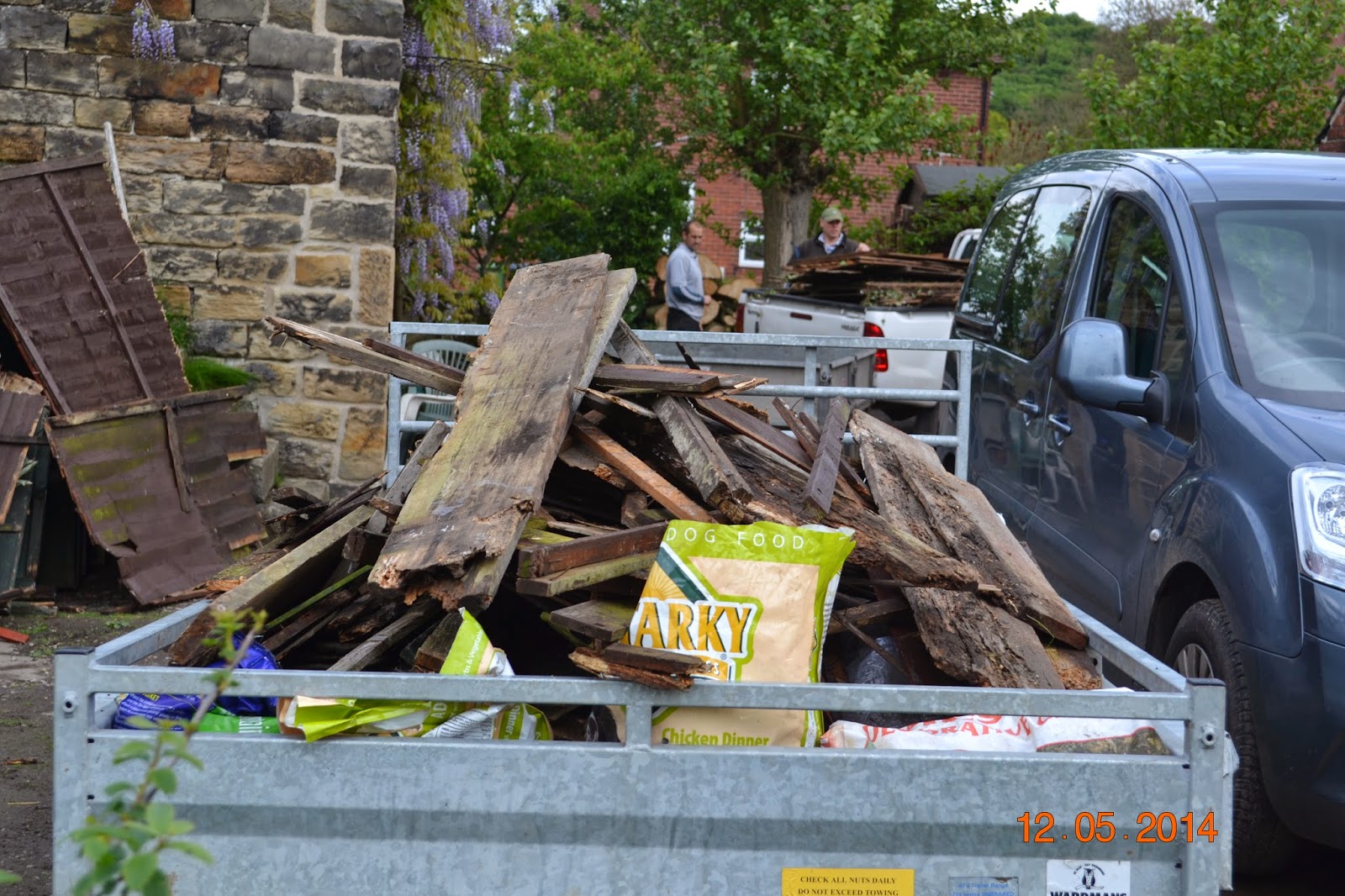 Behind the guys is a pile of logs we have gained, to the right is the truckload of fencing to the left is the trailer load of fencing and in front of them is more fencing thrown on top of a trailer full of horse muck we were given. So nothing to do there then!!

Finally what do people do about dishcloths? (just when you thought this post couldn't get any more glamorous)
As I was boiling the dishcloths this morning, which I do occasionally, the rest of the time putting them in the washing machine with  the whites, a friend arrived and said the kitchen smelled of washing day when she was a child. She uses J-cloths and kitchen roll and clearly thought I was strange.
Off to tidy up the yard!!
Back Soon
Gill
Posted by Frugal in Derbyshire at 11:32