Hello Dear Frugellers
I notice that my last post was number 200!! I know I don't post very often, but that's still pretty good I reckon. I should have done a give away or something, but missed the moment... typical !

Thought I would share a frugal (tight) tip. A few weeks ago I bought one of those living salad things from Lidl for 79p. I took out a third of the tiny plants, split them and transplanted them into these 2 foot by 10inch planters. I used the remaining two thirds as usual. Here are the plants. I have already transplanted a few of these into the greenhouse, between the tomatoes to grow into full size plants, before this picture was taken. I think you will agree that these plants are nice and strong.
They say that pride comes before a fall.  When I took the camera back into the house, the chickens stripped one of the planters!! 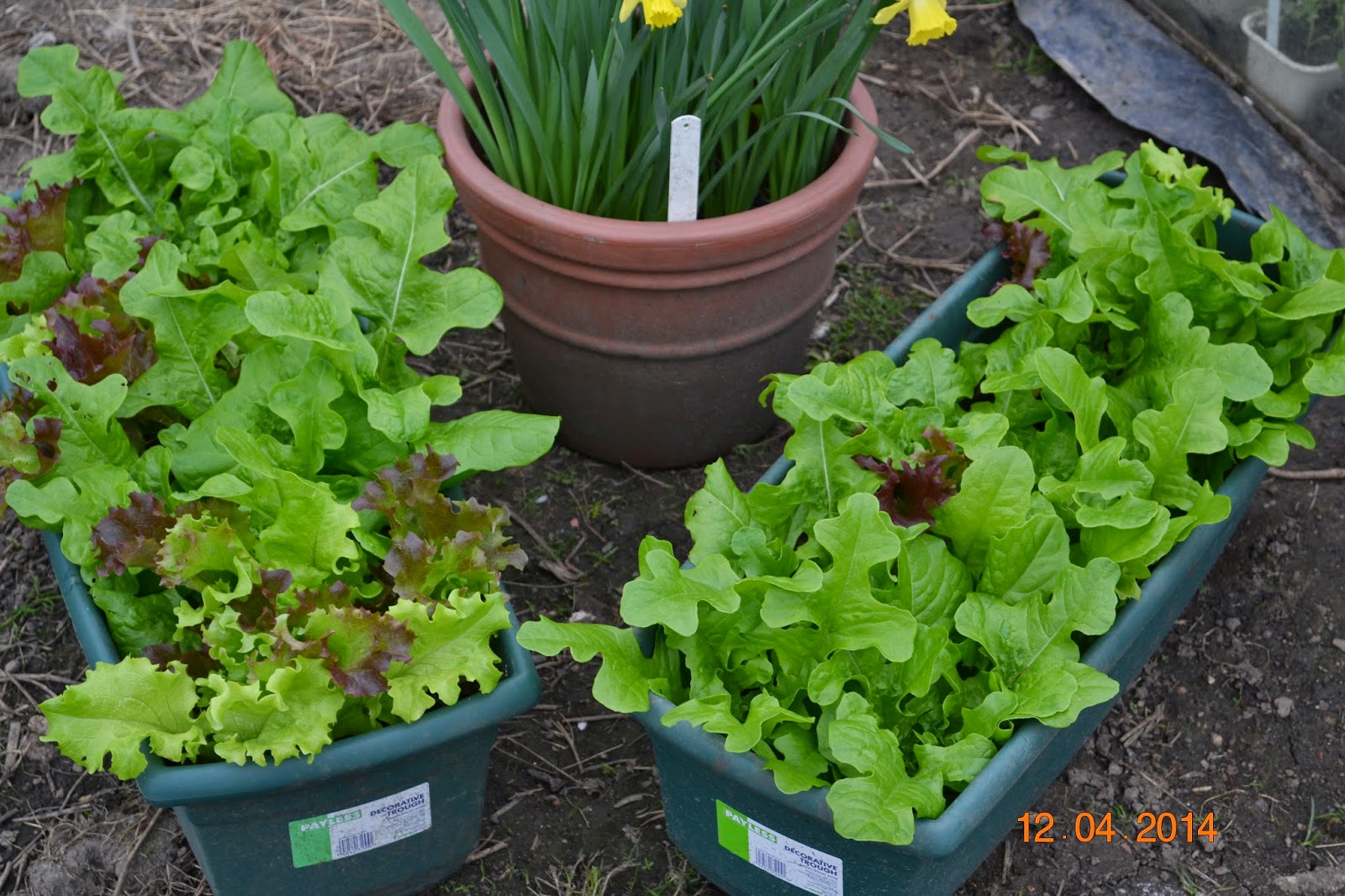 Back in January I asked if anyone knew where I could purchase a popcorn maker similar to the one thatI  had that had broken irreparably. Dreamer and Velia Power directed me to the Whirleypop, which I have finally sent for.    Here is YGD  with the popcorn she made yesterday morning with the new popcorn maker.  Many Many thanks Dreamer and Velia ! 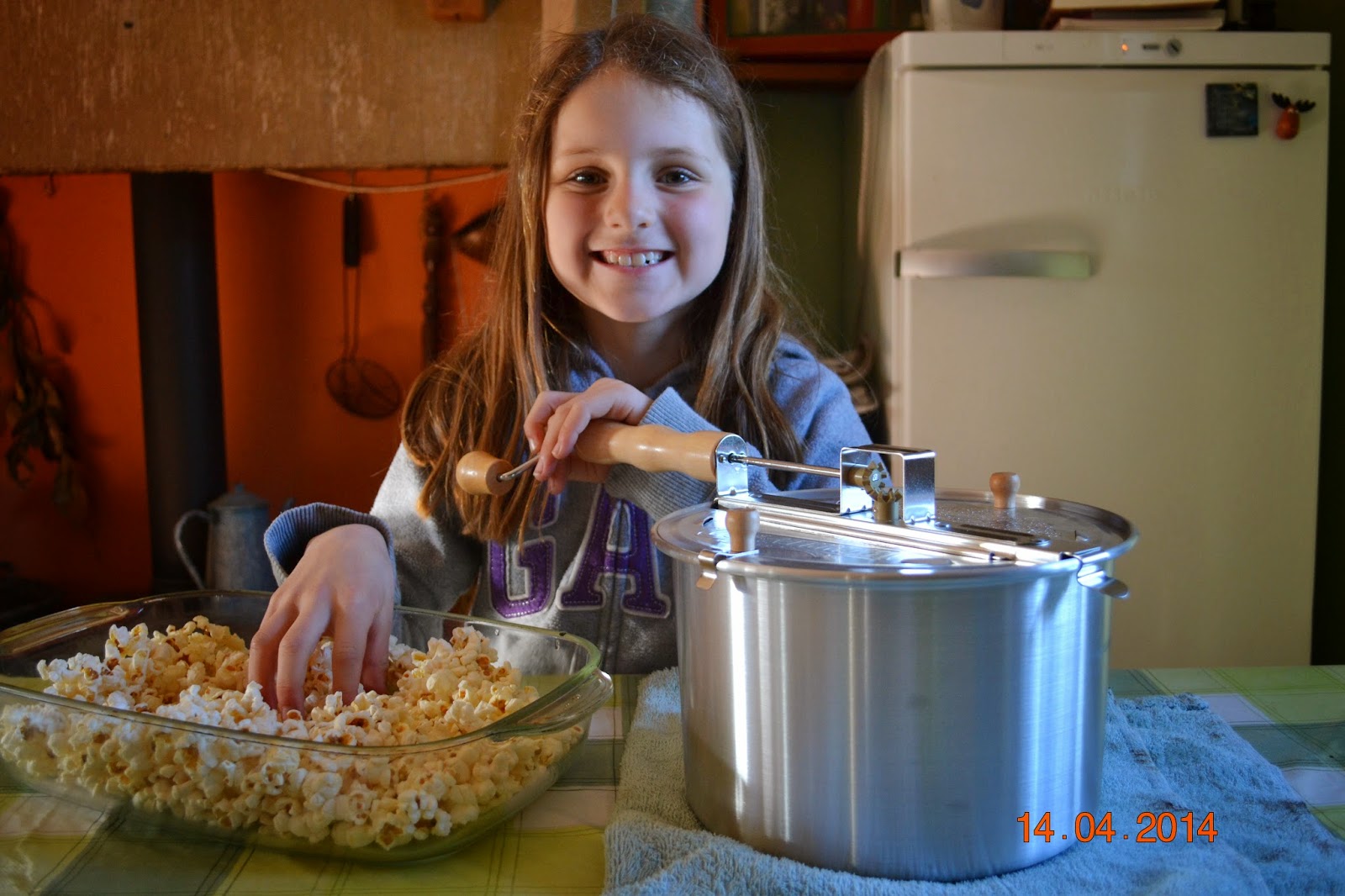 D. has been working hard sieving the large compost heap. He has been using the trailer and a new sieve he made from bits of wood and some quarter inch wire.  I'm using it almost as quickly as he is sieving it. His secret helpers are the chickens.. he throws several spade fulls on the ground for an hour or two, the chickens scratch it about, making it easier to sieve. They have full crops and D. has easier to manage compost. Win-win ! 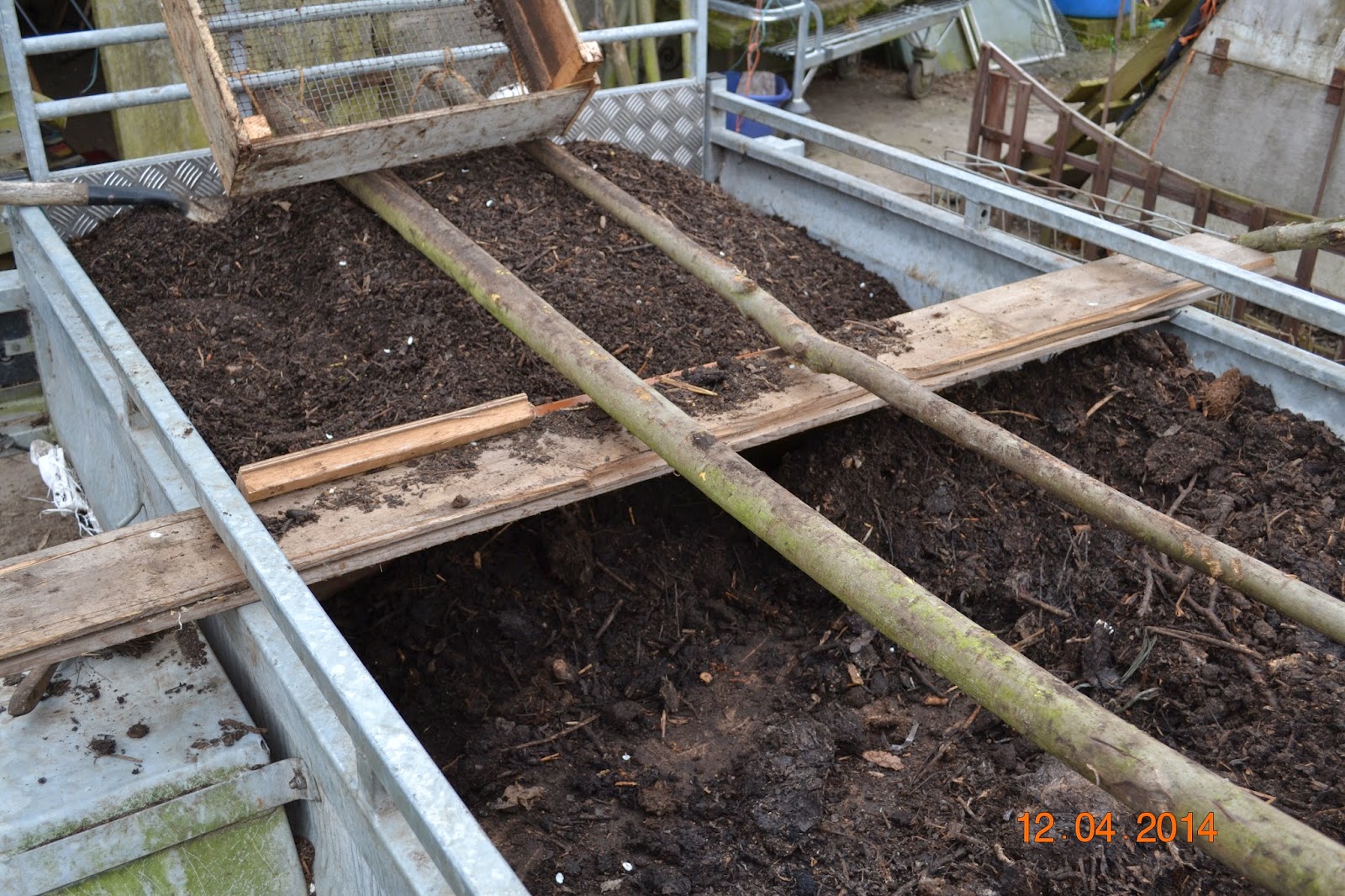 D. and the guys were going to dig the potato trench for me today and rake over the brassica patch. That was until someone asked if D. could take down some smallish trees that were reducing the light in their garden. After cleaning out the trailer they set off, to return a couple of hours later with a trailer full of wood, some of the logs being huge. D. tells me that there is a similar amount still to harvest. So even though the digging hasn't been done we have a goodly pile of wood towards next winter and more to come.

The lambs are growing and eating grass readily now. I reduced their feeds to three bottle today, making looking after them even easier ( it really hasn't been difficult this year).

Spring is springing here, with lots of blossom fro the bees to visit. I missed the programme about bees last night as we had a Civic Society Committee meeting. D. has put it onto series record, so I will catch up. Something I did manage to catch was the Allotment "competition " tonight. Mmmm. not too sure yet. Good idea, but I think it is going to be a programme that I shout at!
Did anyone else watch it?
All for now, off to pick D. up from the pub
Gillx


Posted by Frugal in Derbyshire at 22:11