Hello All
How about this? no post for over a week and then two in two days!
Wednesday went very well indeed.
I got to the hall an hour early to set up when the first visitor arrived! Throughout the afternoon there was a constant stream of people, with some stopping for the whole three hours. The little hall car park was really struggling at one time. Mid afternoon I had a quick head count and there were sixty people chatting away, with some gone and some to come. While we were able to collect many memories, stories and photographs for our November exhibition it was clear that the overwhelming success of the afternoon was the social aspect. Some people hadn't seen each other since the closure of the wireworks in 1995/6. There was much hand shaking and shoulder slapping ( they were mostly men!) and folks had so much to say that the noise was phenomenal. 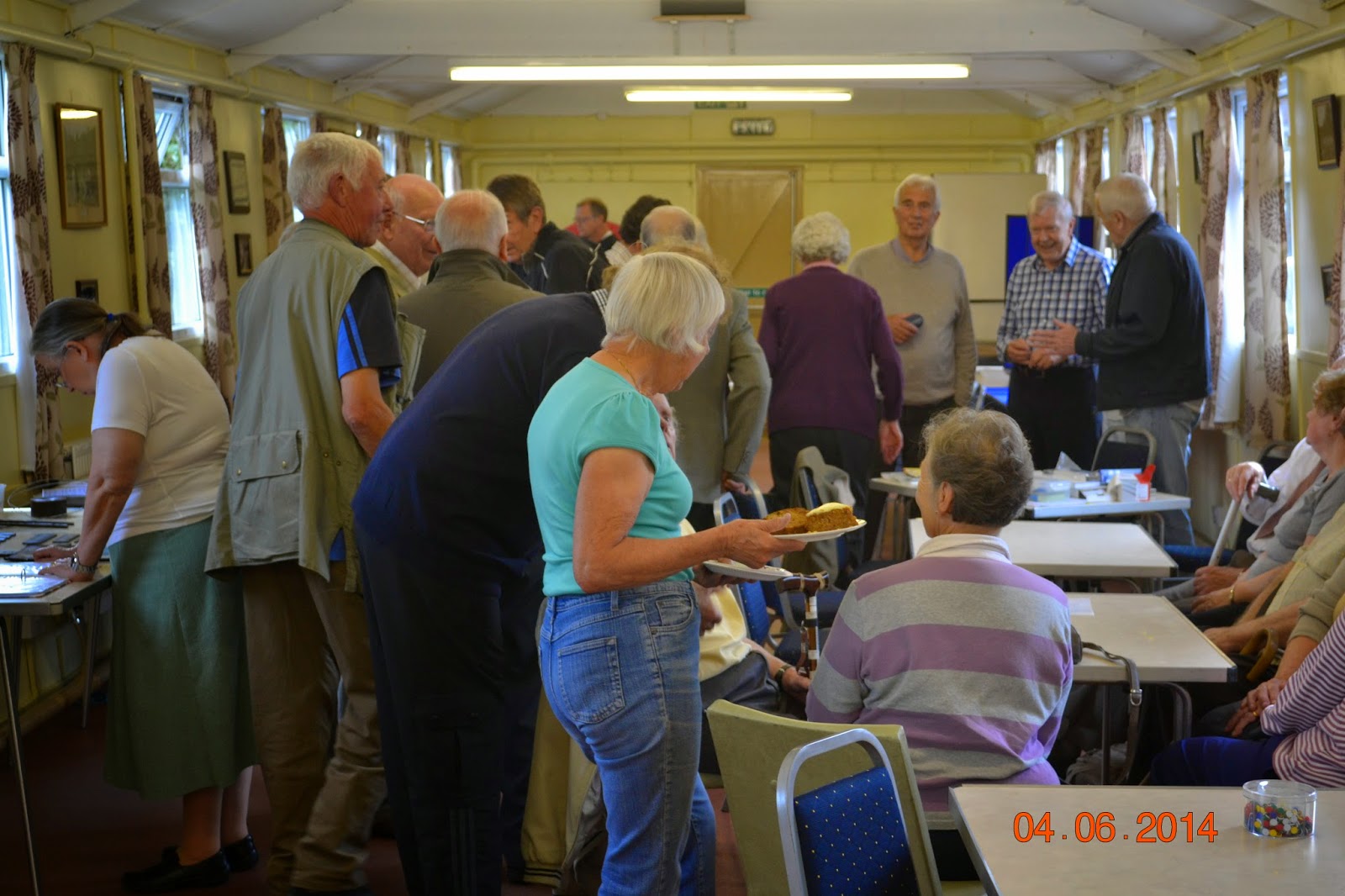 What a great event ! You will not be surprised to hear that many attendees asked when we were going to host another! mmmmmmmm not really in our Society brief.. but why not ? There are few enough community events that generate such interest.

Just been down to check on the hens and I can hear peeping. I hadn't reckoned on any hatchings this weekend. Looks like YD will be on chick patrol again while we are away. ooooer J. sorry!

Just been looking at Kev's post and his chive rust. I have taken a pic of the rust/blight-whatever on our quince in the orchard. What does everybody think? Should we dig it out? 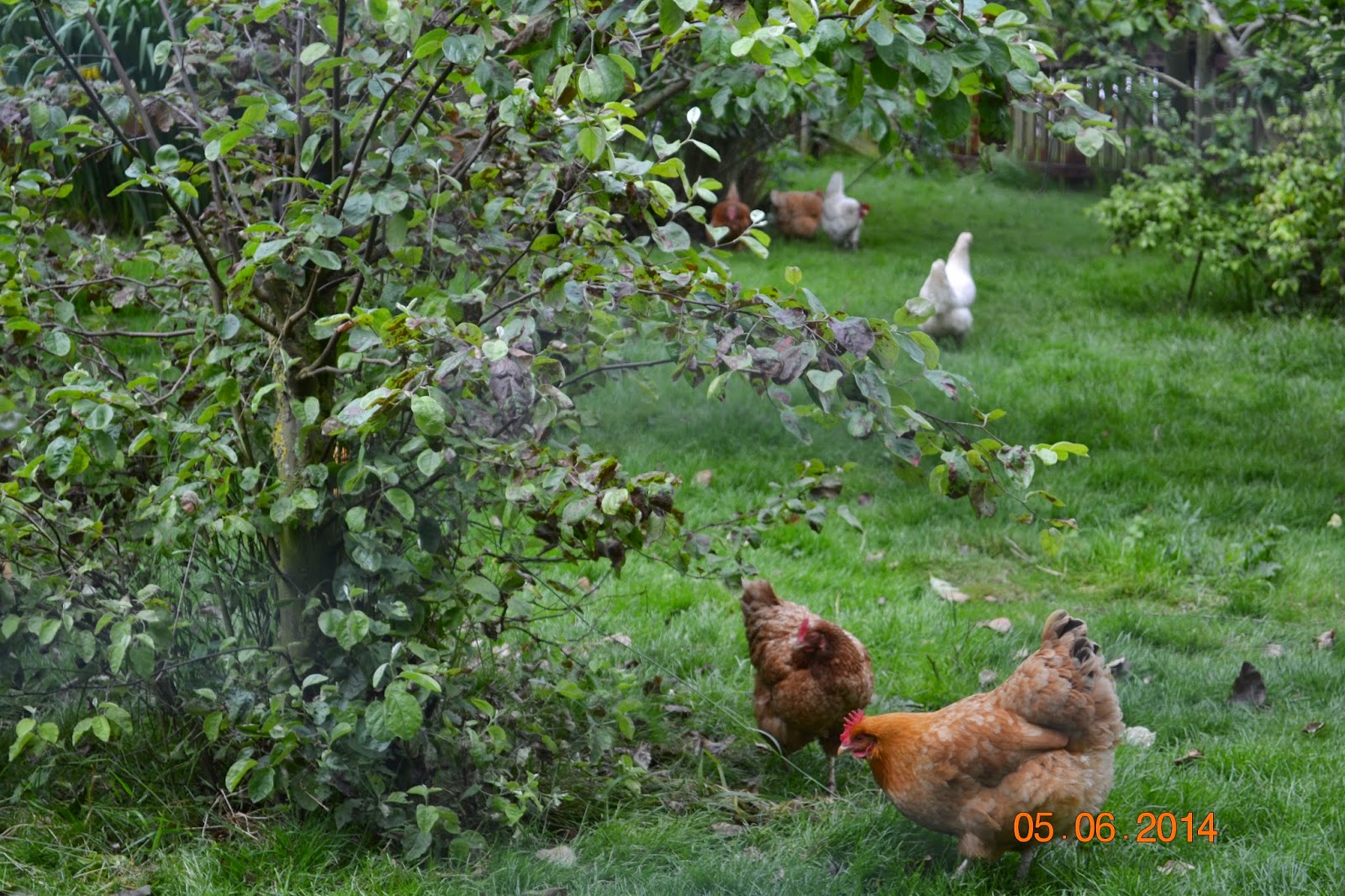 D. managed to get the mower working . Hurrah. We looked at replacements and everything that did what our trusty machine did cost around £2,500 !!! GoDS did a spot of welding, D did a lot of fiddling, grinding etc. and we are just back from picking  up a new belt as the present one is a bit ropey. Here is a pic of the paddock two thirds cut. As you see we were on the way to hay. 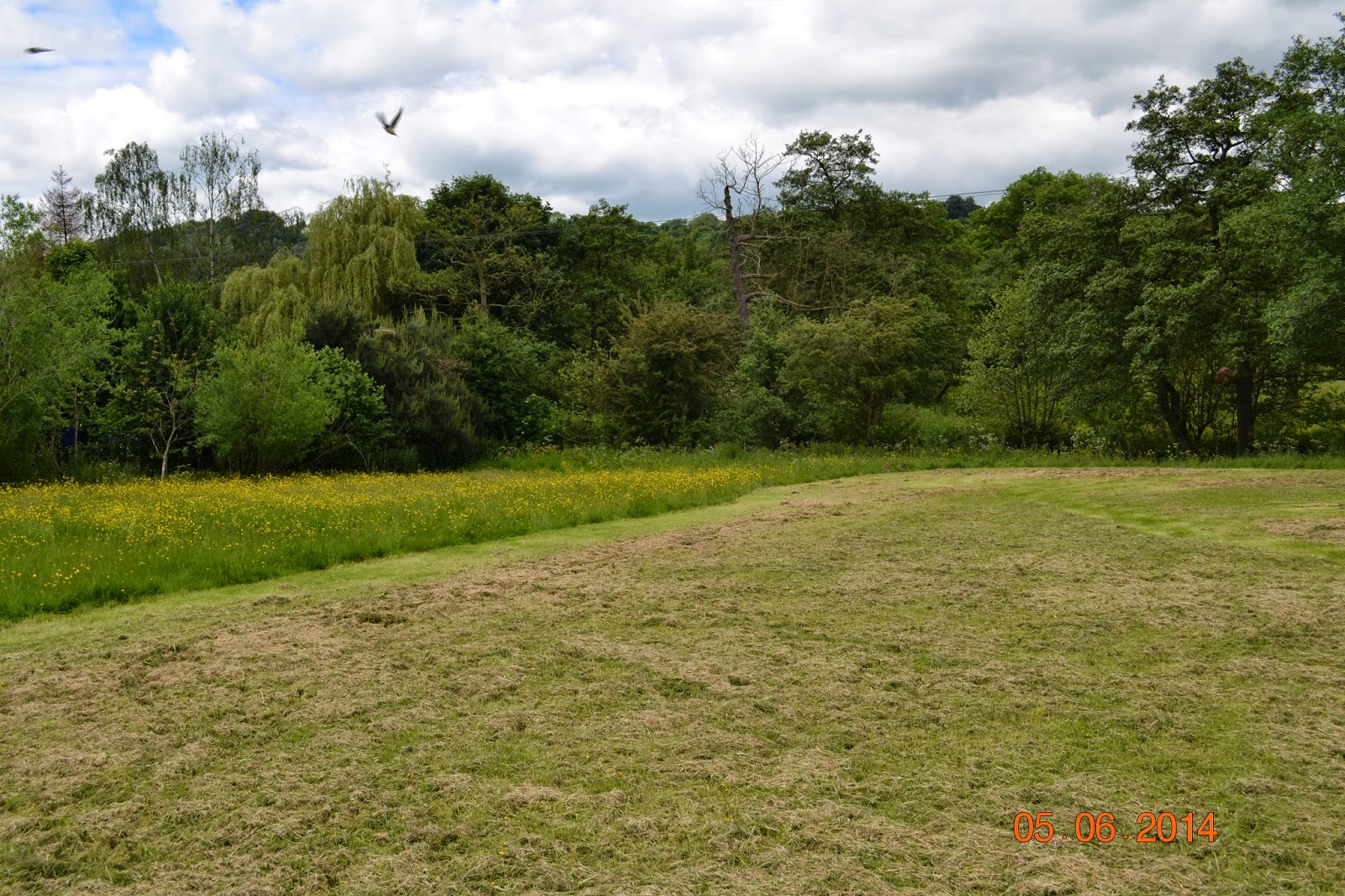 And look who's emerging from the buttercups 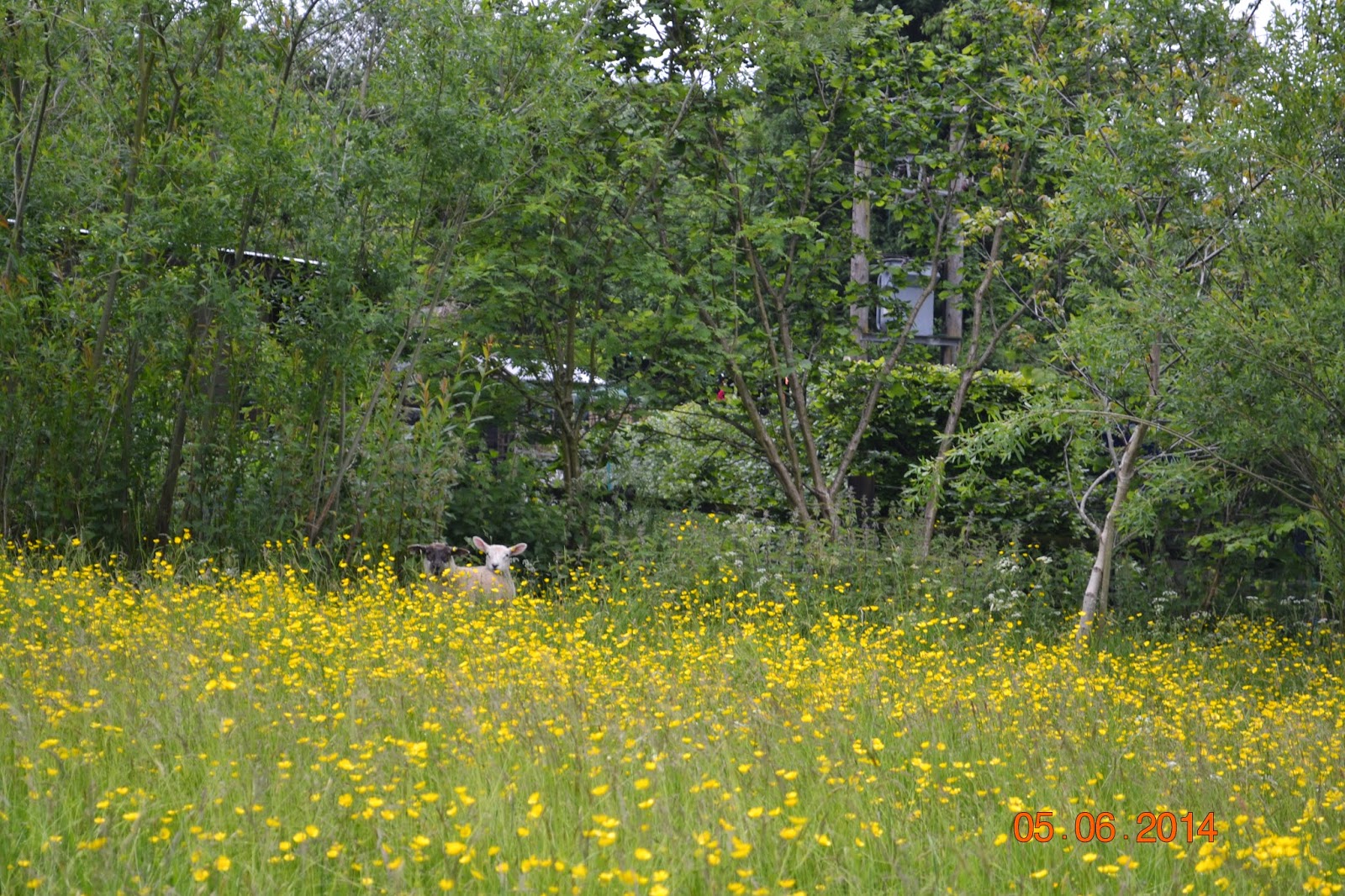 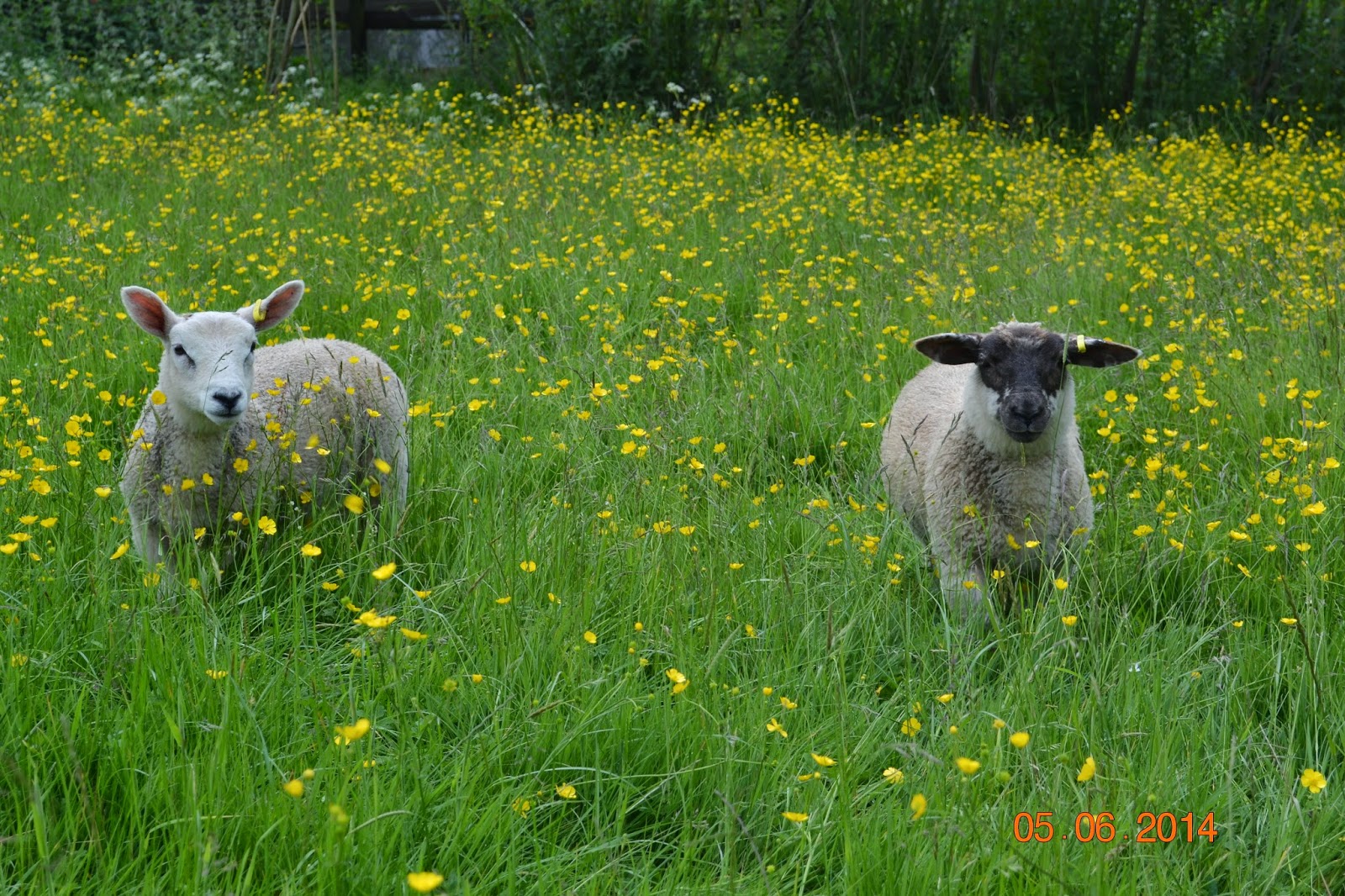 All for now. Off to pack for our drive to Cornwall tomorrow as we are pretty busy tonight.
Thanks for reading my increasingly random posts!
Gillx

Posted by Frugal in Derbyshire at 17:36